Every single tutorial from Joe McNally is pure gold, he is just a great photographer and the fact that he shares his secrets to us it makes him even greater. So here we are with another video where he shows how he photographed the X-47A Pegasus, a drone, for the National Geographic.

The Vaccines is one of the bands that I wouldn't listen their album more than a couple of times, they are not bad, but I'm just not mad of them. And that's what I was thinking before going to see them the first time, and alike Foals, their live performance blew me away a that time, I was thinking to go there, three songs and then get the frack out, and at the end I stayed the entire gig (which was pretty short anyway). So this time they were playing at the Olympia, better venue, better lights (in theory), but at the end you never know how is going to be the show until it starts.
I have to say that these guys are amazing performers, despite the fact that I still cannot listen their albums for more than 10 minutes. Photography wise I was a bit concerned that the gig was going to be a dull one, with very minimal lights (and to be fair their first performance in the Academy was pretty difficult to photograph), but at the end it turned out as one of the best gig I've photographed in the past few months, amazing lights, very dynamic band on stage, only the drummer was well hidden behind his drum kit, but apart from that it was a pleasure to photograph. Again, no photo release to sign down, which is always nice, so a great gig to photograph from any side, and it gave me so many great shots, which you can see down here. Obviously you can always go to my flickr account. 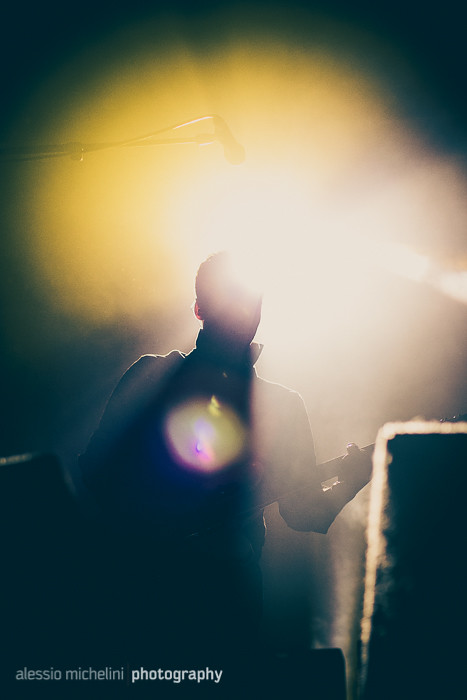 I've never been too much attracted by mirrorless cameras, most of them are ok but I personally think they are still too far away from the quality I can get with a proper DSLR, or even just the simplicity of control the camera settings, as I'm always shot in manual mode, so I constantly play with aperture, shutter speed and ISO, and I don't really want to get lost in some silly menus like most of the mirrorless. Ok this video shows up the differences between two of the most popular mirrorless you can find on the market, but what it actually stands out on this video is the image quality of the Fuji X-E1, especially on the dynamic range and high ISO performance. Personally that's the only mirrorless camera I would actually buy, maybe even because I always loved their cameras as my very first prosumer camera was a Fuji S7000, which nowadays it looks way outdated but back in the mid 2000 was an amazing little camera. Anyway, if you are thinking to buy a mirrorless and you are undecided between the Sony NEX-6 or the Fuji X-E1, you should see this video made by Chris Niccolls of The Camera Store.

(via The Camera Store)

You probably noticed that I like timelapses, isn't it? Anyway, today I want to present you this amazing timelapse shot over six months in New Zealand's north island by Bevan Percival, using a Canon 5D Mk II, various Canon lenses and a Dynamic Perception Stage Zero 6ft Dolly.

Here we are with another Mark Wallace tutorial! This time Mark is going to show us how to make our images much punchier, working with the saturation, vibrance and adjusting levels. Personally I use Lightroom 4 a lot, it's a great tool a often you don't really need to use Photoshop to develop a picture. For example I never used Photoshop for any of my gigs photos, all done in Lightroom.
(via AdoramaTV)

How to pronounce Bokeh

Last night I was watching a video about a feature of Photoshop CS6, and the guy on the video kept pronouncing the word Bokeh as "Bo Kay", and he was really getting on my nerves. How you can do a tutorial about Bokeh without knowing how to feckin pronounce that word???
Anyway, in this post's video you can see how correctly pronounce the word Bokeh.

Why I hate Jamie Oliver

I really hope that my girlfriend's grandmother (or any italian granma) will never see any of Jamie Oliver videos, and I hope for Jamie Oliver that she will never see one of his video and met him in person, because she will probably slap him in his face. Personally I think that every time he put the words "real", "original", "traditional" in a phrase that contains "italian" as well, he offends an entire country and its culture. He just doesn't have a fuckin clue on how to cook italian recipes.

A few weeks ago I saw this video above on FStoppers, and while I can understand americans and british, or any other population apart from italians, why they could think "Wow this guy is amazing", seen from an italian, or at least from an italian who has at least a minimal knowlegde of how to prepare food, the only sensation I can image is pure "rage". Rage for how he treats food. He looks like he wants to rape the food, not actually eat it.
And those fuckin lemons... Why in hell you would use all those lemons? What's your problem with lemons Jamie? You don't put slices of lemons on a fuckin pasta, maybe a bit of lemon juice, but not slices, and not that many for fuck sake. And at the end what do you show? Something that is at least presentable? No. You just do a feckin mess.

So, my dear readers, always bear in mind that whatever he cooks, is very, very far away from real italian cuisine.

If your question is: "What the hell is an hyperlapse? Some sort of Star Trek bullshit?!?". No is not, and Star Trek is cool, and the Warp Drive is actually studied by NASA.
Hyperlapse, using simple words, is a timelipse in movement, but not a simple slide, but actually moving, on a car. And while it could be something really complicate and time consuming to do, the guys in Teehan+Lax have made something really cool without moving from their chairs. They just used Google Street Maps, and they build this timelapse by simply using Google giant library of photos of street. The result is simply amazing.
You can find the detailed story on their website.

Is it OK to touch the model?

Here we are with another interesting Matt Granger's video, and this time he is talking about the question of "is it OK to touch the model?".
Personally I do the same, I prefer not to touch the model and trying to mimic the pose, even I end up to look a bit funny, rather than go there and move a person like a puppet, which is bad, but in general I don't really do that often as I prefer to dictated as less as possible what a person should do. Anyway, enjoy this video :-)

Malin Head is most northernly point of the island of Ireland, after this place the next stop is the north pole, and I can confirm that the day we went there, it was absolutely freezing, and we didn't really stay that long, just 15/20 minutes to admire the landscape before starting to realize that we were turning into ice cubes, and it was a week ago, so end of march. In this place, during the WWII, they wrote with stones the world EIRE, and probably is what you would expect to photograph there. I did a few shots, I didn't like them, so I choose to develop the other ones. My friend Alberto will probably be disappointed about that, but I don't publish pictures that a tourist expect to do, but I publish the pictures I like, regarding their meaning or whatever is the subject. So here we are with some of the interesting (or at least for me) pictures I took in that cold, cold place. 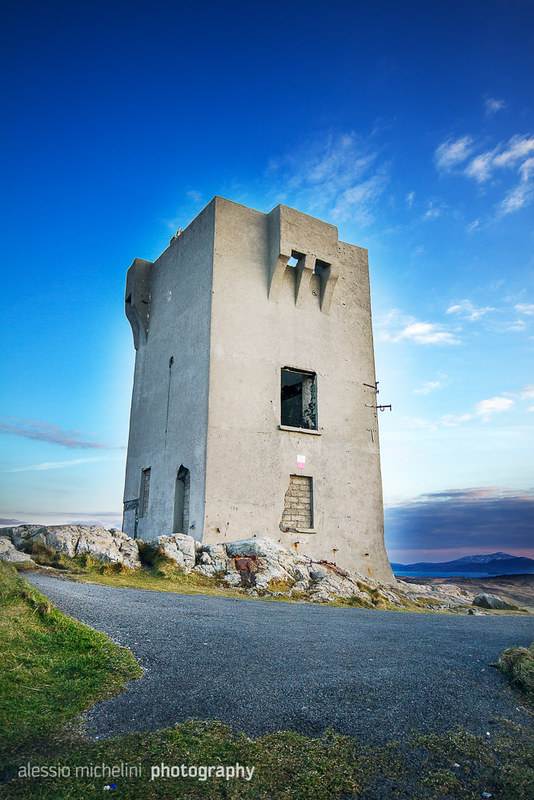