I've never been a big fan of The Frames, I've never watched Once, and I would lie if I say that I know at least 5 of his songs. But Glen Hansard is one of the artists that deserve respect, regardless of whether you like his music or not, like David Bowie or Bob Dylan. You can't say their music is shite and they are not artists. You just can't. You can say you don't like them, but you can't define them as Artists. He is a gentleman, a great performer, and he still tell jokes on stage, and if you can put a smile on your audience face it's already a success.
Now, lets talk about the photography point of view of this gig.

The gig was three weeks ago, when at 9pm in Ireland is still bright, and the stage at the Iveagh Gardens was far smaller than the one at Longitude, the festival I went a couple of days before, but still pretty big, especially because they had to fit a pretty big band. Lights were ok, well, they probably were good to really good to be honest, but the sunlight was still way stronger than the stage lights, and if you don't put a bit more (and I say, a bit) of smoke, it's difficult that these lights can create any proper shapes, shapes that give the sensation of depth, but said that, overall it wasn't a bad gig to photograph at all, and it was a bit cloudy, so the sunlight was filter and it didn't give me any hard shadows, which is a good thing.

He is not a Rock'n Roll star, so don't expect him to jump off the stage or to smash his guitar on the drums, but nevertheless it's still a pretty dynamic stage, lots of different artists, and Glen Hansard is pretty characteristic subject to photograph. I paid attention to the drummer (Graham Hopkins, who plays the drums in The Frames as well), which was a pretty interesting subject as well.

At the end it was a pretty good show to photograph, and definitely a great show to see, regardless if you like him or not. 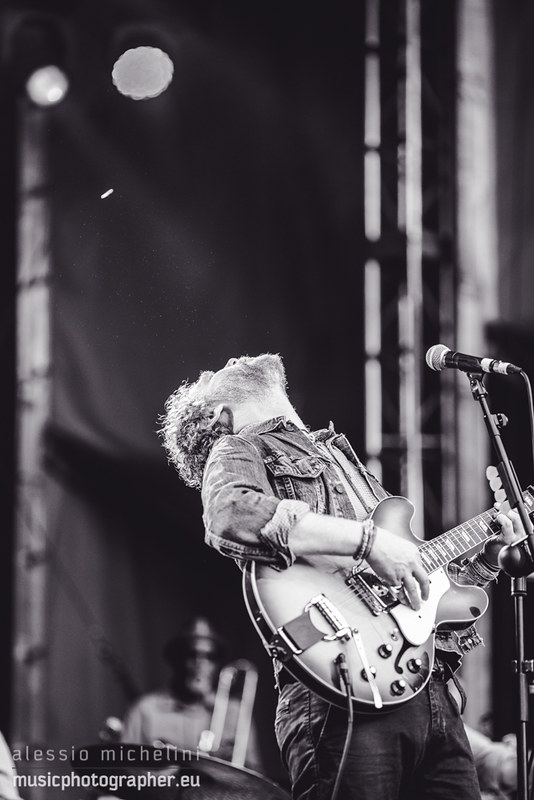 (yes that white thing he spat was a plectrum) 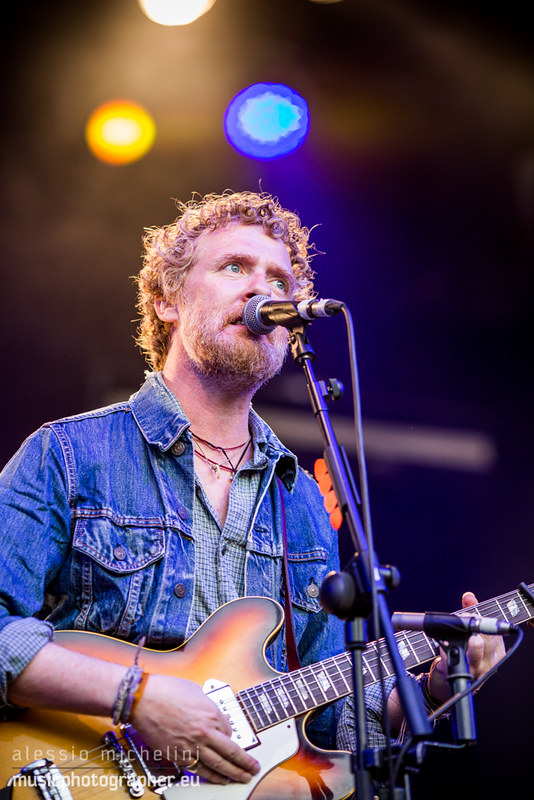 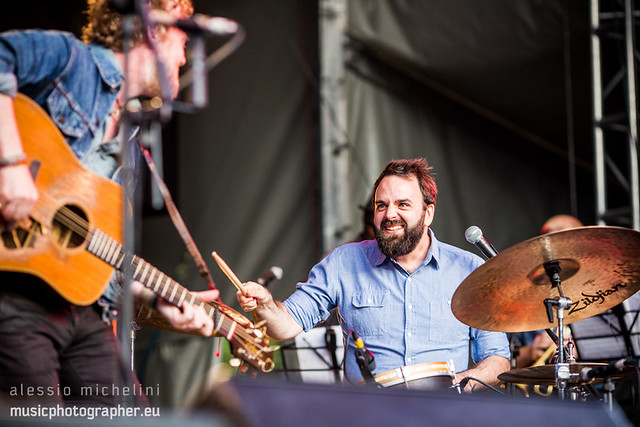 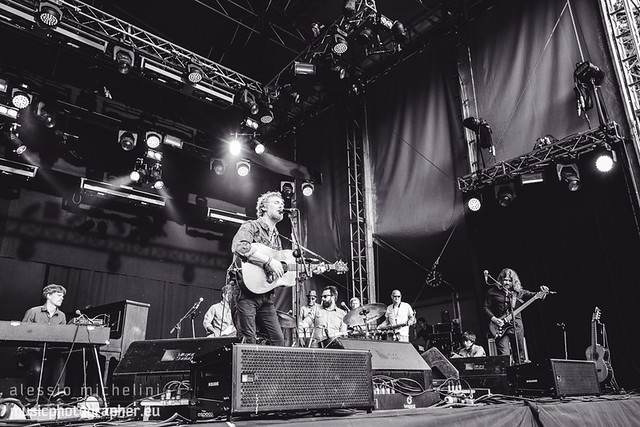 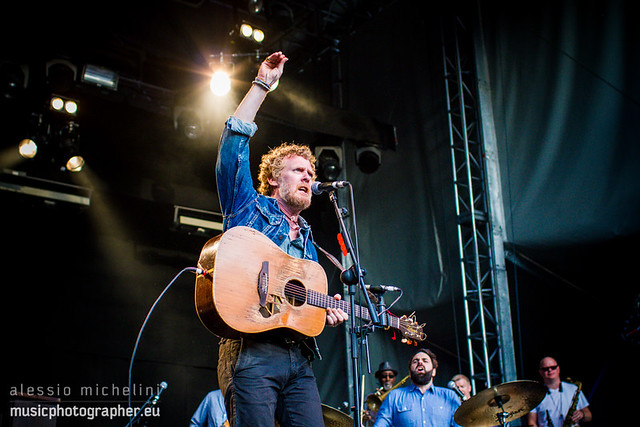 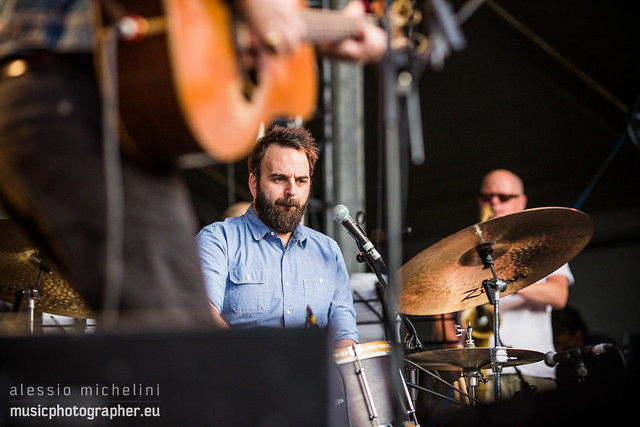 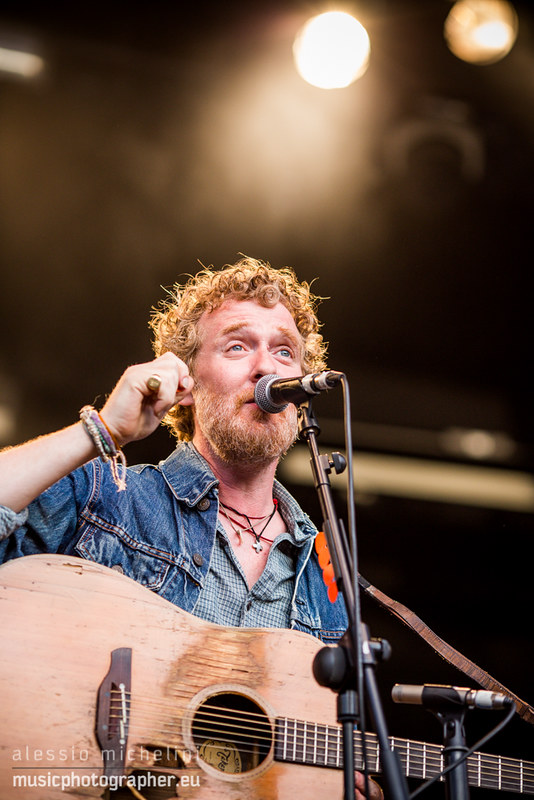 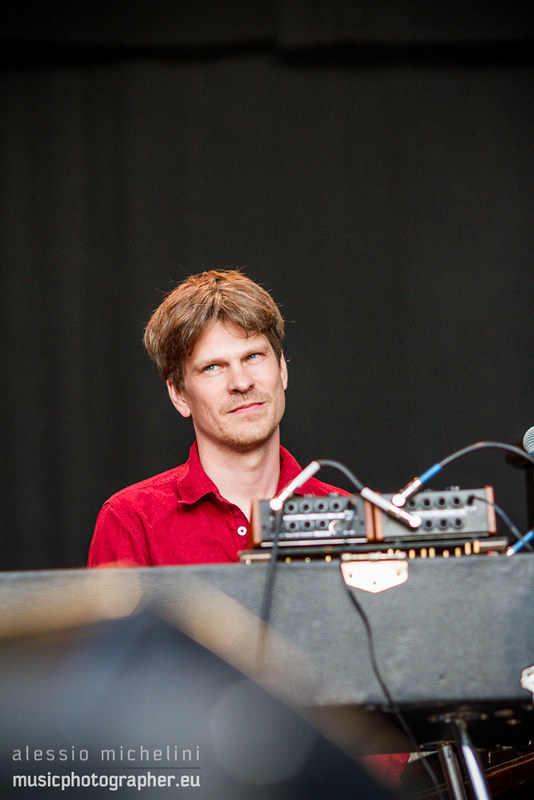 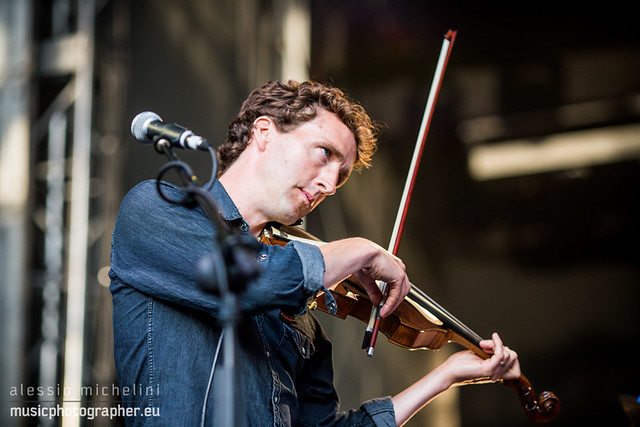