The Beauty in photography can be defined by some rules, like the composition, or if it's well exposed, colors, etc... many different factors that, all togheter, can define if the photo you are looking at is a good or a bad one. But there is always a threshold that changes with your personal test. A picture that can be defined, using the above factors, good or not, can be amazing for someone or awful to someone else. I'm not saying anything new, as we say in Italy, I discovered the hot water.
But even if it's a very simple matter, there are events that makes you think about this simple, obvious, matter.
For example, look this photo: 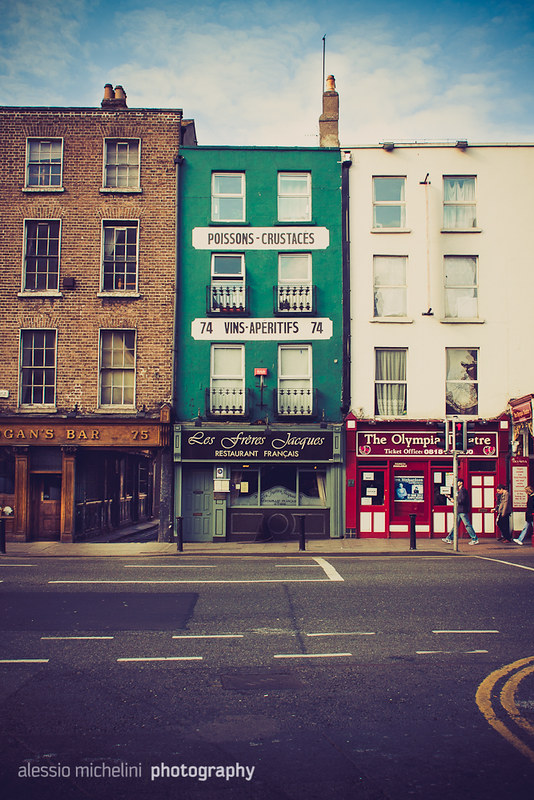 I took this picture last year, while I was wondering on a quite sunny day in Dublin city center, and this place is actually very close to where I work, a place I see every fuckin single day.
It was casual shooting, didn't really pay too much attention to take this picture, well, at least not like I usually do when I snap landscapes, it was a quick and dirty shoot I took almost by accident.
When I opened it on LightRoom my first thought was: "It's grand". If you are american you might think at the word "grand" as something really good, but 'cause I live in Ireland, I'm referring to the irish meaning of the word "grand", which means "meh" or "yeah, whatever". I was really close to delete it, and I spend exactly 15 seconds to develop it. Didn't really care, didn't really like it. But my girlfriend did. So, only because she liked it, I kept it and I published it on my personal facebook account, which I use only for the pictures I don't care that much.
But, going back to where I started, the same picture could look "grand" to me, but differently to someone else. And here the Fallen Rule enter in the game, as the singer of the band Scott Glennon, loved this pictures, and he decided to use it as the cover picture for his band's debut album.
I'm obviously very honoured to have one of my pictures as the album cover for such good band, but I still don't understand why they choose that picture, but I have to say that printed on a cd, or even see that pictures on iTunes, it's from one side weird, but at the same time pretty cool.
It's not my first time on an album cover, but this one is a bit different. While the others were usual band shoot, this one for me represent the subjectivity of photography, it shows how the beauty of a photo changes from person to person, like a prism that reflect all the different colors, and maybe sometimes you are too focused on one colour and you don't see the sum.
Again, simple matters, I don't obviously call myself as a philosopher for that, but sometimes you spend too much time to reflect on the complexity of the life, and we forget to think about simpler things.

Anyway, to close the article I want to thank to the Fallen Rule for the opportunity, a good band made of good people, that you don't have to miss the next time they will play in your city!