So, after two months with no gigs, I decided that it was about time to shoot something, otherwise it would be pretty pointless to have a website called Music Photographer and not shooting any gigs. Anyway, even if in the past I said "No more festival for me" as I think they are a big pain in the butt for a photographer, and I still think in this way, I decided to go to the Longitude Festival in Marlay Park here in Dublin. But only for one day, no more crazy shit like trying to photograph a billion of artists in 2/3 days and get wrecked, I took it easy. I decided to go for these simple reasons:

And as the promoter asked me to photograph the place as well, for the first two hours I went around taking pictures of the festival, and I didn't approach any pits before 6pm. I have to say that it has been a last minute decision, I was quite unprepared for this festival, I didn't have a map, I didn't have a timetable, I didn't plan anything, as I did in the past, I just wanted to shoot a few bands and that's it.

I wasn't sure if make a big post with all the photos and a general review of the day was a good idea, in my mind a Festival is like a big concert with a lot of artists, and it definitely is, but at the end, for the sake of a photographer point-of-view, would make any difference if I talk about different gigs in the same venue? So I decided to do a post for each of the acts I shoot that day, as at the end they are not many, 'cause I took it easy.
So the first band on the list I supposed to write but never happened, was Django Django. They are a very interesting band, that I missed in the past only before they played in small & packed venues, and the combination of these two factors excludes the presence of myself.
I have to say that probably jump from gigs in small venues to the main stage of the Longitude didn't play well for this band, while they are indeed a good live band, they were a bit lost on that huge stage, or at least at the begin. Don't take it wrong, it's not a completely bad thing, but it only means that it's one of the bands that it would be better to see in a venue like The Olympia or the Academy rather than on 50 metres long stage.
From a photography point of view, shooting at festivals, especially when an unexpected two weeks heatwave hit a place where generally is covered by the clouds and it pisses rain most of the time, it's pretty easy, as you have a pretty strong ambient light, but at the same time it makes difficult to illuminate the stage, and it makes the shots a bit flat. Plus, as I said, the band wasn't really confortable to play on such a big stage, so they didn't really move that much, and it was a bit static, but still decent, and the overall ambient light allowed me to take a couple of photograph with my landscape lens, the Canon 17-40 f/4, a lens that I would never useï¿½ in a venue as it's too dark, but it did work in this case, even if only for a few shots. Anyway, at this stage you will probably be extremely bored by my article, so I better cut off here and just show you the photos. 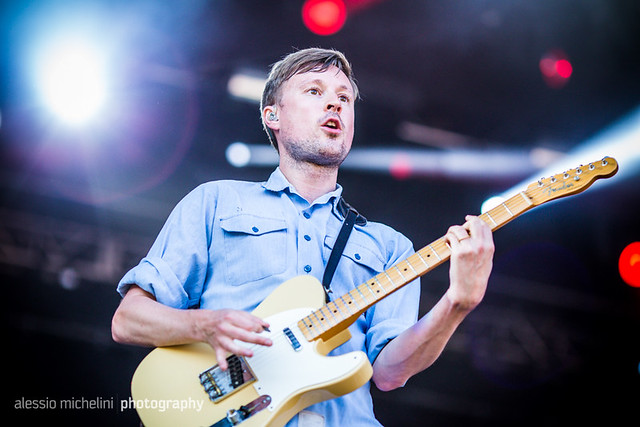 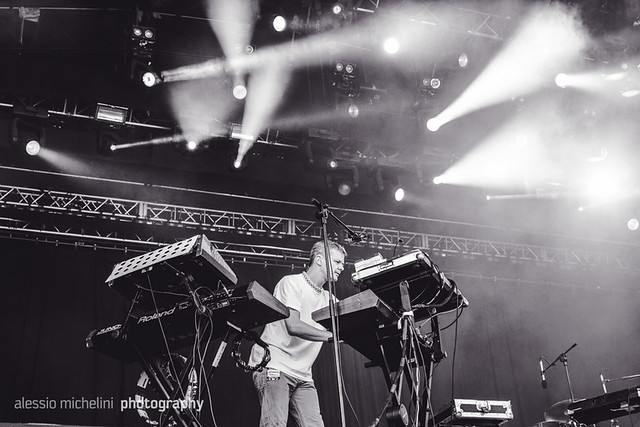 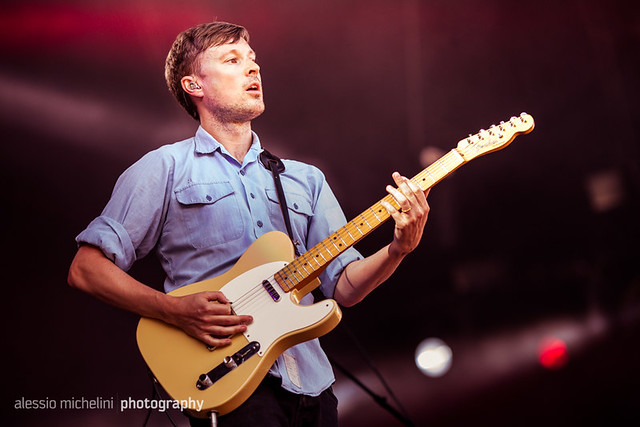 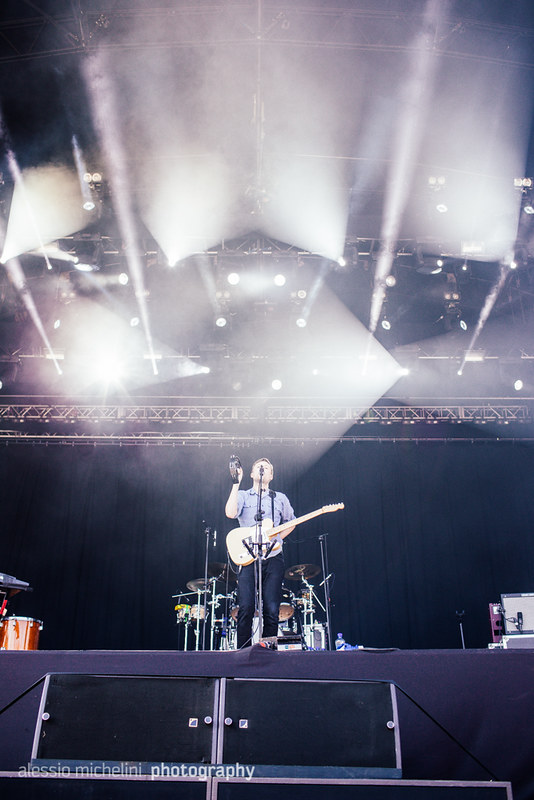 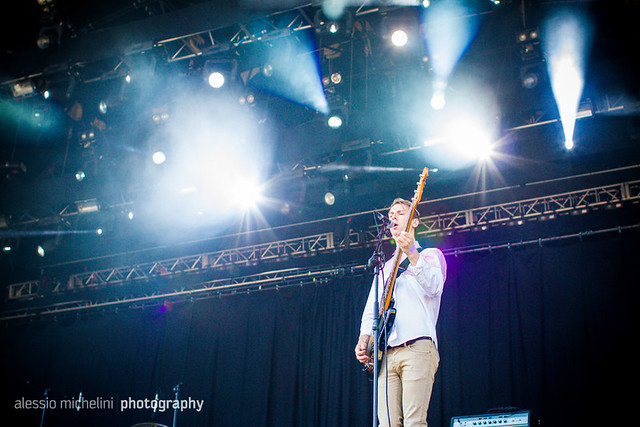 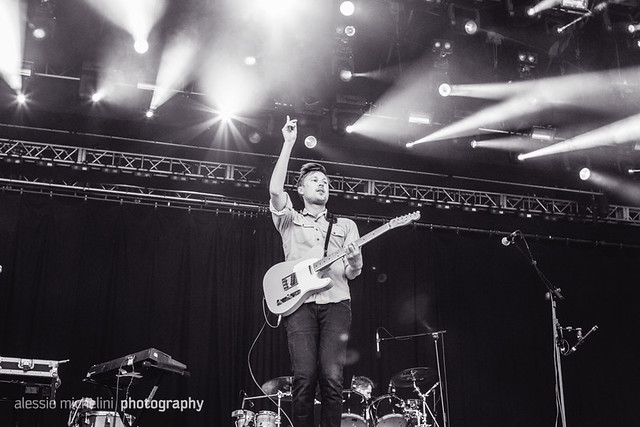 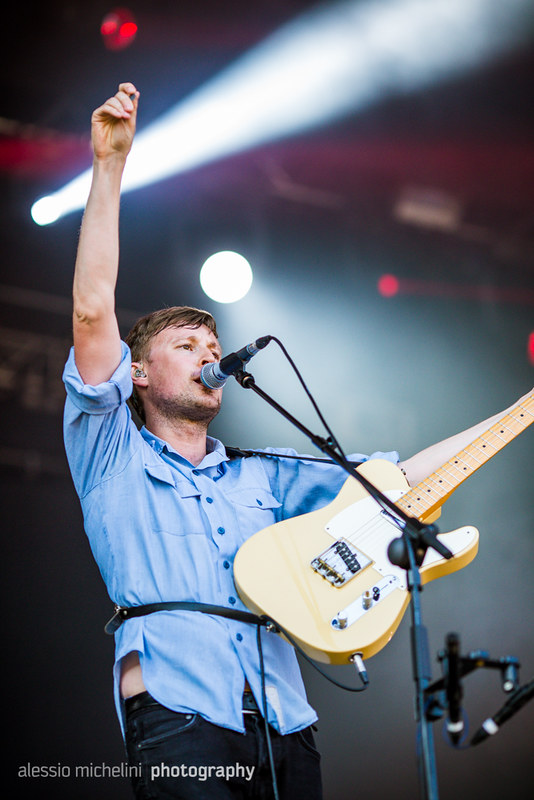 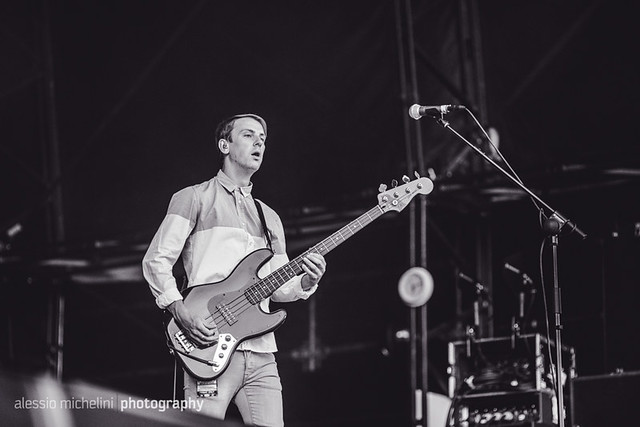 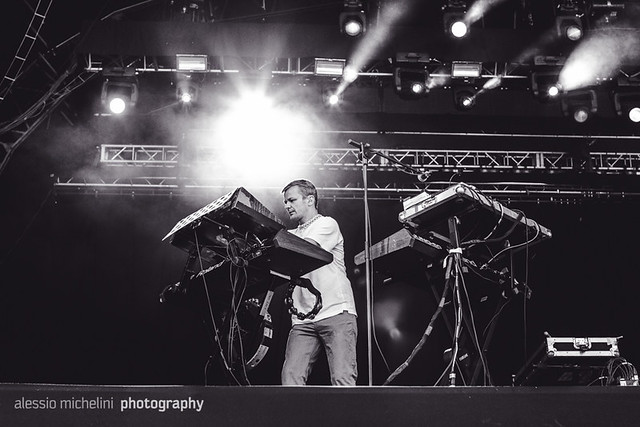 If you want to see the entire set, please click here.