Denmark: Legoland and other wonders

Last month myself, my lovely gf, and two good friends, we all went to Denmark with the main excuse to go to find a friend of us who recently moved to Copenhagen. And that’s the reason we sell to our parents, relatives, and not so close friends.
The reality is that we did go there, yes of course to see the beauties of that country, but mostly to go to Legoland. I can’t hide to you guys, I’m a big Lego fan. I have billions of Lego bricks, even if our house is not that big, and I seriously I have no idea where to put all those Legos, I keep buying them. So, as all of us already visited Copenhagen, we all decided to do a two day trip to Billund, which is exactly at the opposite direction of the danish capital.
It sounds like very far away, but in fact Denmark is not that huge, and at the end you can get there in less than 3 hours (roughly 250km), if you are not a photographer that wants to stop every 5 minutes, if you are a photographer it takes at the very least the double of that time, and you are a photographer as well, you know it’s true.

So, the initial plan was to take the car on the Saturday morning, drive to the Airbnb we found around Billund, stop on the way when we found any nice place to photograph, and then the day after was totally dedicated to Legoland. Then on the sunday evening we drove back to Copenhagen and we spend the last day around the city before we take our flight on the evening.
As a plan, when you have just 3 days, it sounds rock solid. The problem is when you want to see the cool places, which most of the times are far from your main route, and that’s probably why I didn’t that many pictures during this trip, and the coolest photos I took they all come from 3 places in total.
The tight schedule we had didn’t allow big diversions to remote places unfortunately, and if you want to visit properly Denmark, I highly recommend to spend at least a good 5 or 6 days  in that country.
But nevertheless, even if the photographer inside me was a bit disappointed, the kid inside me had a lot of fun, a good bunch of friends in  the holy park for ultimate Lego’s fans. I didn’t even bother to bring my camera, I just wanted to have fun, and you can bet your ass that I did!
The only photos I took was with my phone, shitty photos just to testify how cool was that place.

I have to admit that I had about 15 minutes of awkwardness, as when you arrive in the park you are literally surrounded by kids, and you spend those first 15 minutes to look around you in the hope to find other people like you, which it means adults without kids, and it takes a while to be honest, but after that you realize that the people who get the most fun are, in fact, the adults.

But apart from Legoland, we did see other interesting things, on the way to Billund we stopped to city of Odense, which is the main city in the isle of Funen, the island between the Zealand island (where Copenhagen is), and the Jutland, the actual mainland of Denmark, and it’s a very nice city to stop, plenty of parks and nice spots to see (if you have enough time). 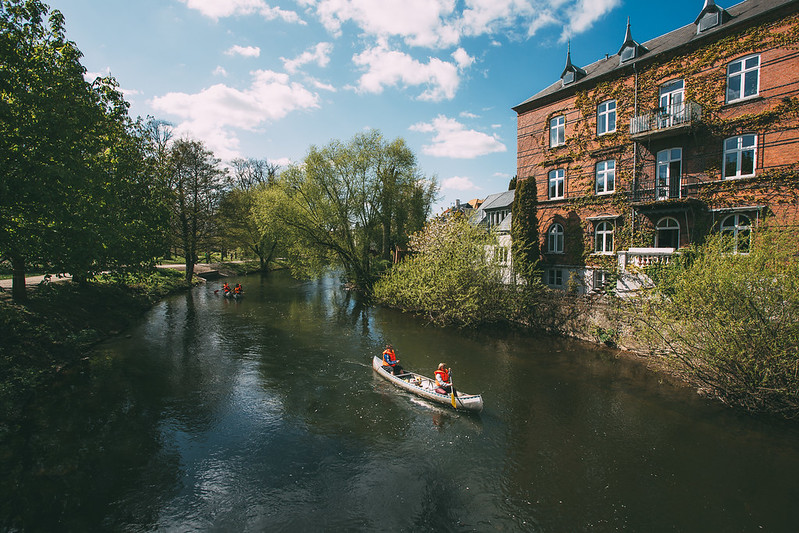 To get there we have to drive through one of the wonders of Denmark, the Storebæltsforbindelsen (yes I did google it, no way I could possibly remember that name), or in english the Great Belt Fixed Link, which is an insane (and also insanely expensive) bridge, second only to the Øresund Bridge (the other bridge that connects the Zealand island to Sweden), nearly 7 km, and as you can easy guess, it’s quite impressive to see and to photograph.

This bridge has only two issues: the first one is that there are not many spots where  you stop to photograph it, even if in the middle of it there’s an island, where we did see some buses (but we couldn’t figure out how to get there), and the other thing is that it’s insanely expensive. Nearly 100 euro for the to across it twice, 50 euro per time. I don’t know you, but for me that’s insane. It sounds like they don’t want people to travel in between the two island, even the woman at the car rental joked about this fact. But unfortunately the other way to travel in between the islands  with a car, is that bridge, or to take one of the various ferries, but it’s definitely a slower options, and if you don’t have much time to spend on a boat, the bridge is the only option.

After Odense we headed straight to the mainland, the Jutland, and from there we tried to find any cool place in a reasonable distance from the Airbnb, we headed north for a while, hoping to find a good spot near some lakes we saw on the map, but we got unlucky, so we retreated back to the Airbnb, trying to do a different route, which is a good thing to do when you are looking for good spots to photograph, but we found only one place that was worth to be photographed, a very nice windmill in the middle of the countryside. 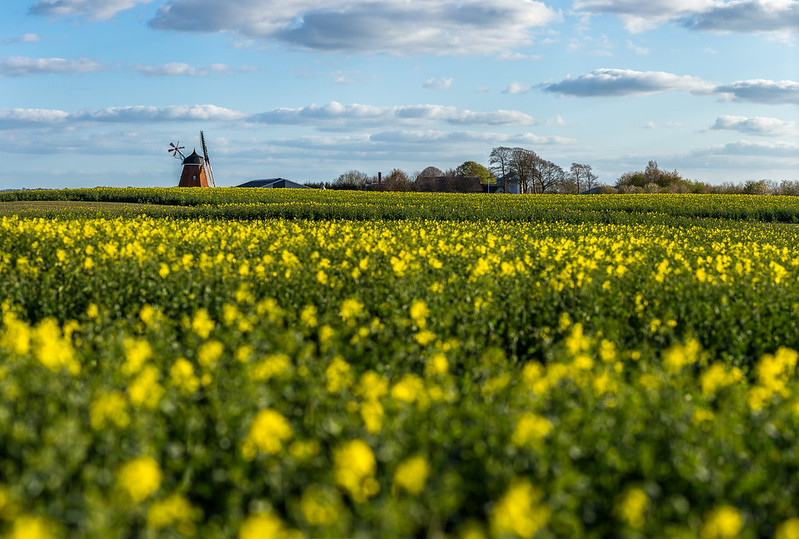 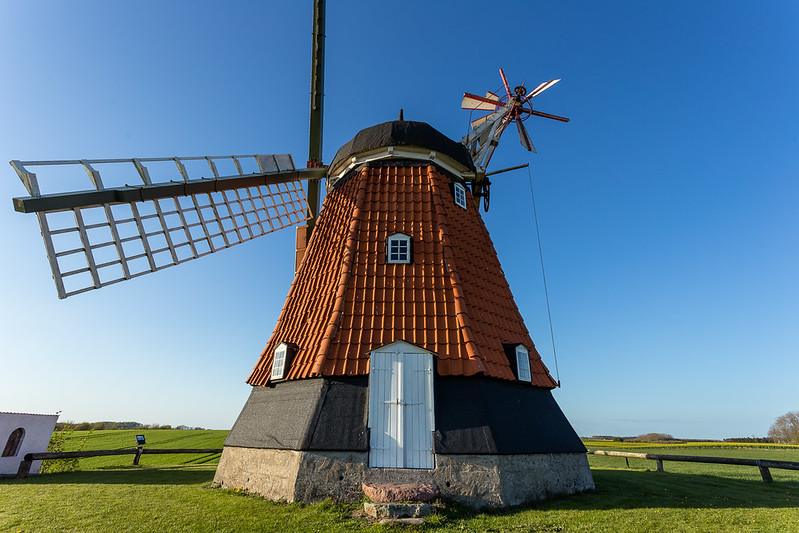 Then on the Sunday, as previously told, we spent the entire day in Legoland, and after that the only stop we did on the way back was again on the Storebæltsforbindelsen, as we found a very good spot right at the end of the bridge and easy to get with the car, and there I probably took a couple of great shots of the bridge, which you can see down here: 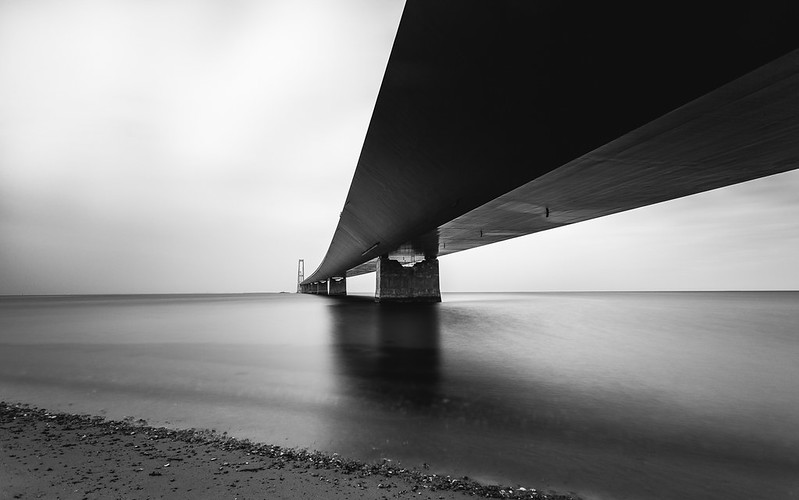 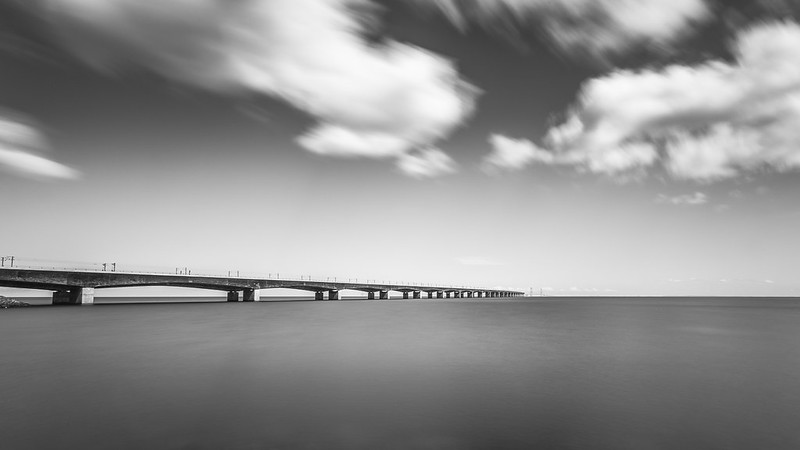 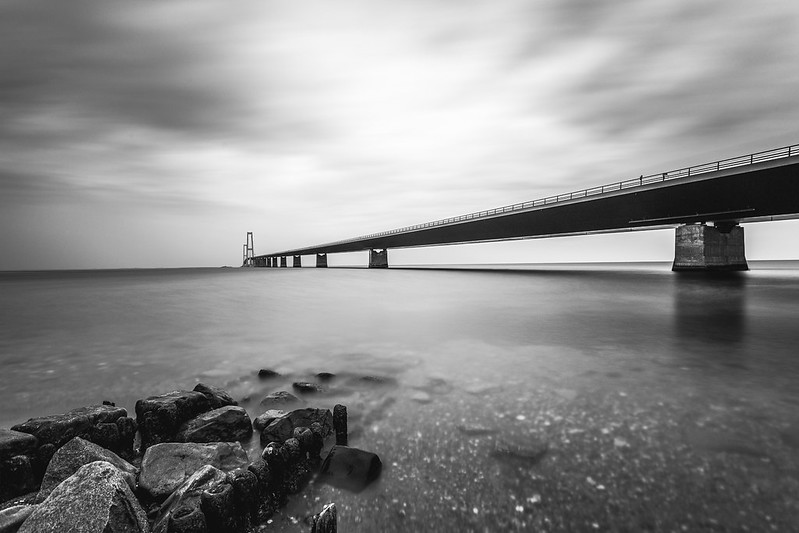 We decided to spend the last day by going up to the northern part of the Zealand island and to see the Helsingør Castle, a quite impressive castle in the very characteristic town, which is a decent place to see, even if castles are not exactly my thing, but nice anyway. Unfortunately the weather wasn’t great, I tried to take some photos, but apart from some cannons in the castle, and what I think is a museum build from and old shipyard, I didn’t really liked the pictures I took there. Then without many other ideas of where to go, and with the clock ticking as our flight was in the evening, we drove back to Copenhagen, and we decided to take a visit on the Superkilen park, a very interesting place in what I guess is the muslim quarter in the Nørrebro district. It’s a pretty cool park designed by the arts group Superflex, which represent different places in the world, and the most striking part is the “Stipes of Gaza”, which cover the entire surface of the park, and in there I took some of the best shots I took during the entire trip, and if you are in Copenhagen, try to get there as it’s a very cool place to see, and it’s not that far away from the city center.
Down here you can see some of the best shots I took in the park: 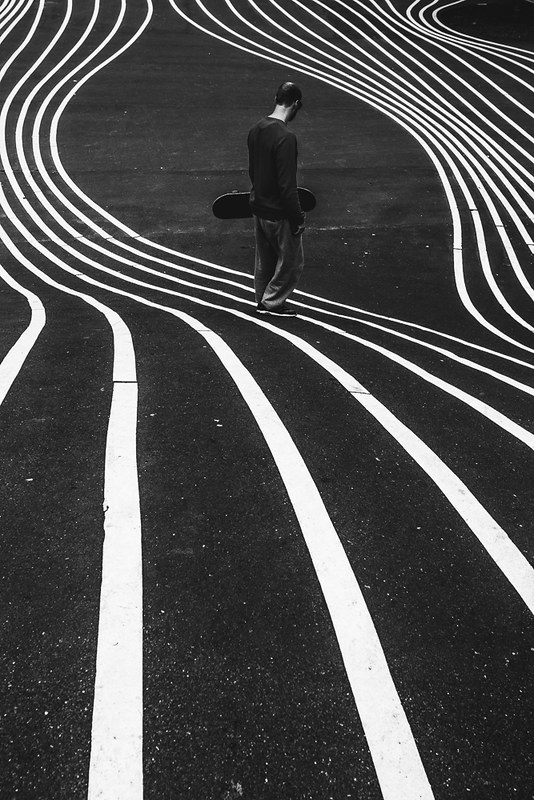 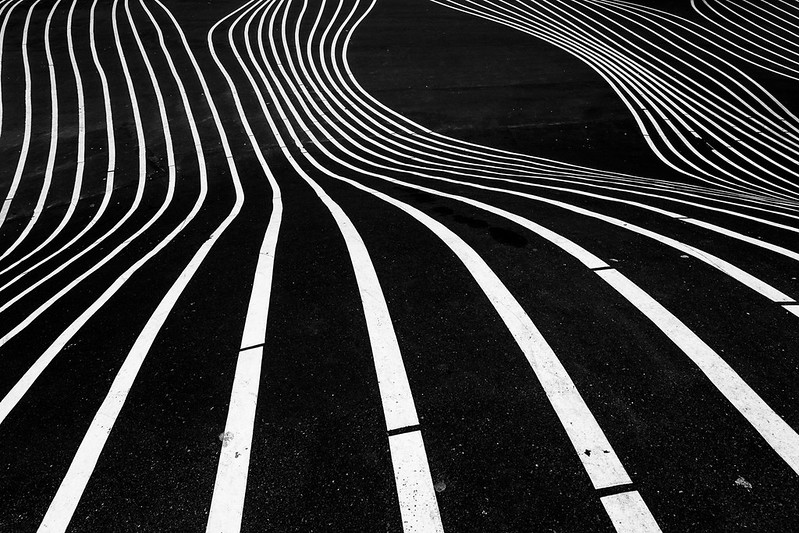 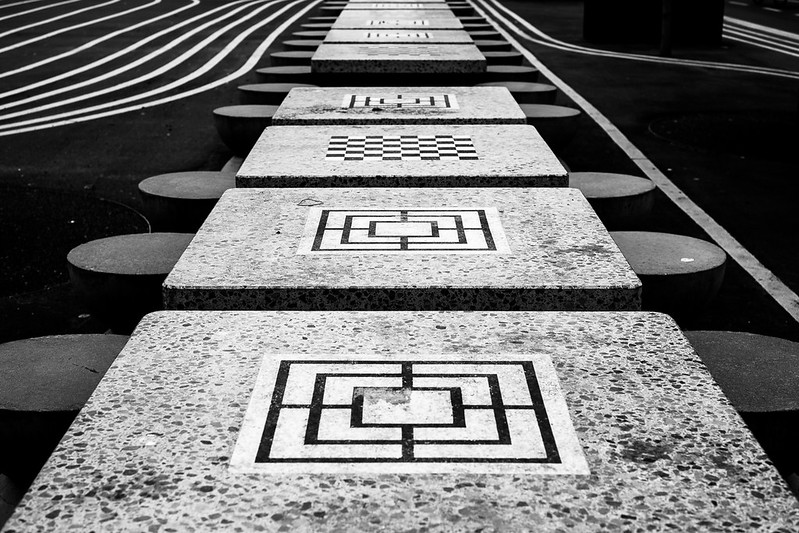 For you commodity, I’ve marked in the map below, the exact places I took my best photos, in case you want to visit the same places.

And down here you can find some other shots I took that weekend, while on my flickr account you can find the full set. As always, comments are welcome. 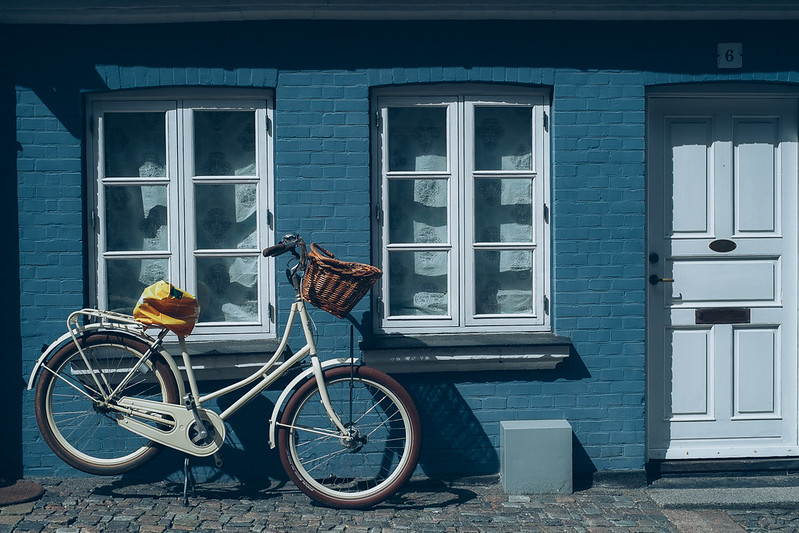 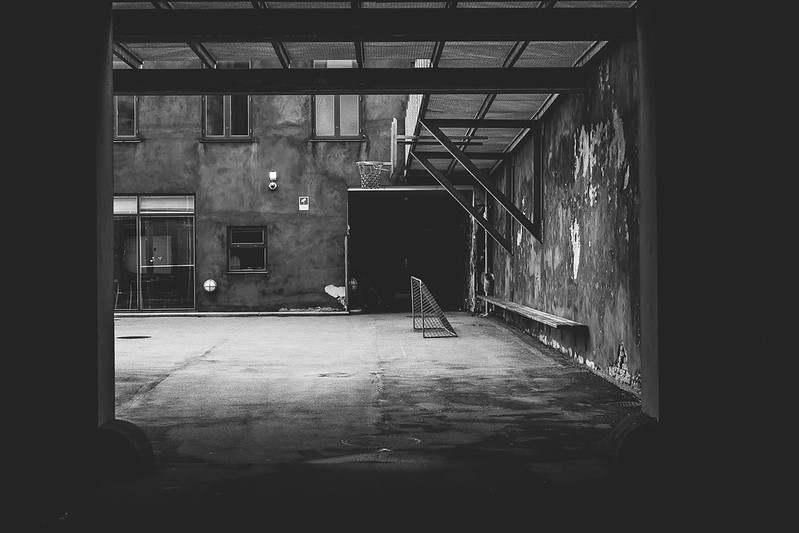 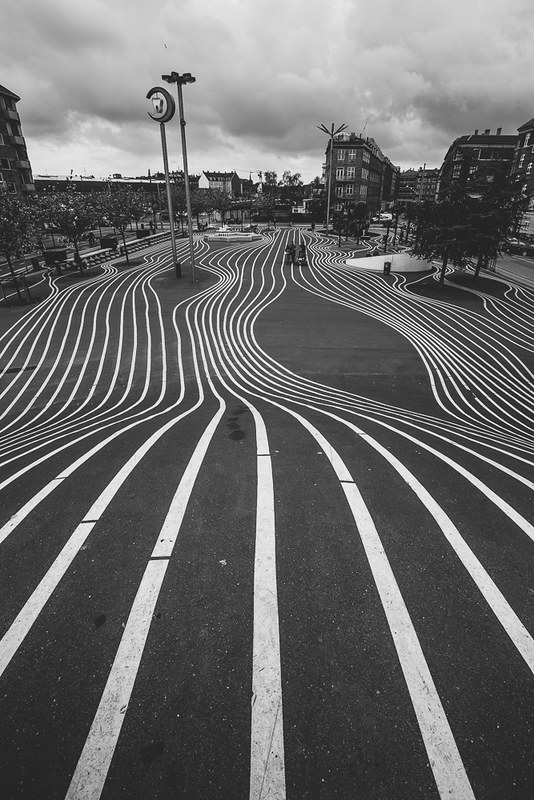 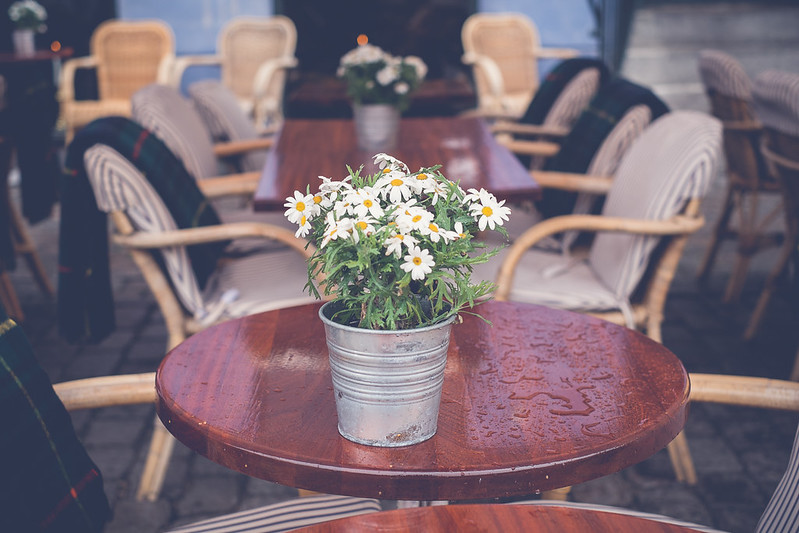 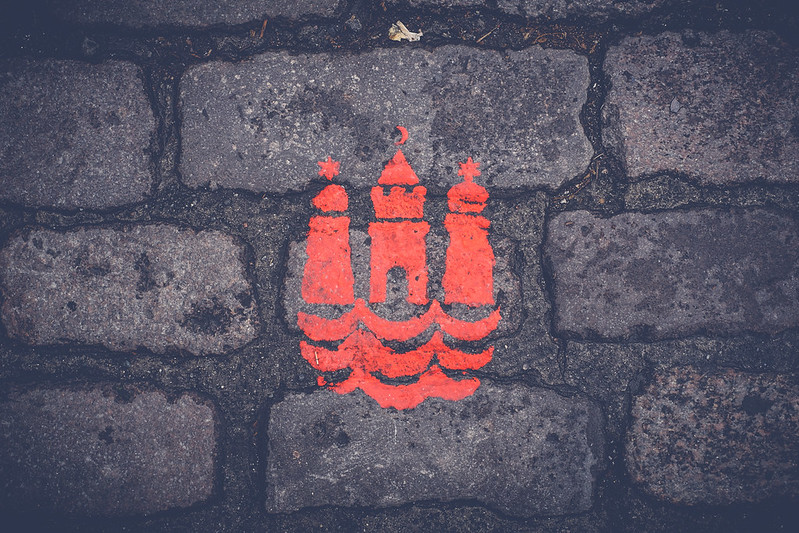 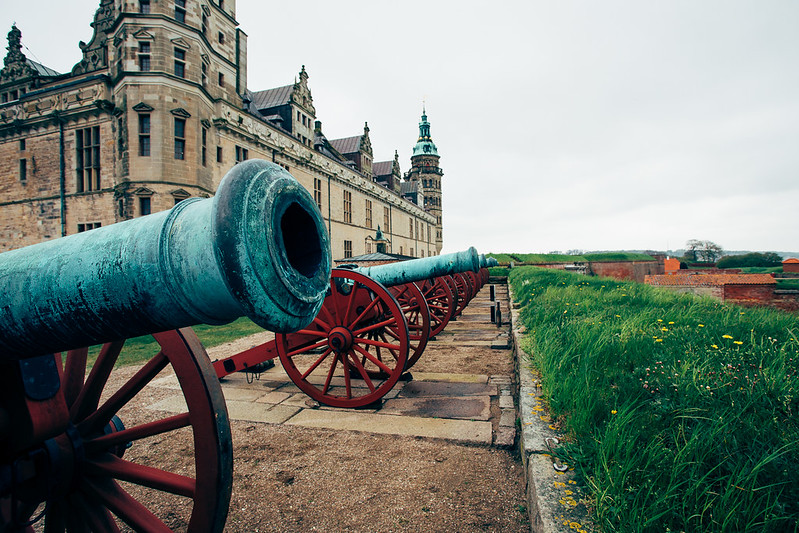 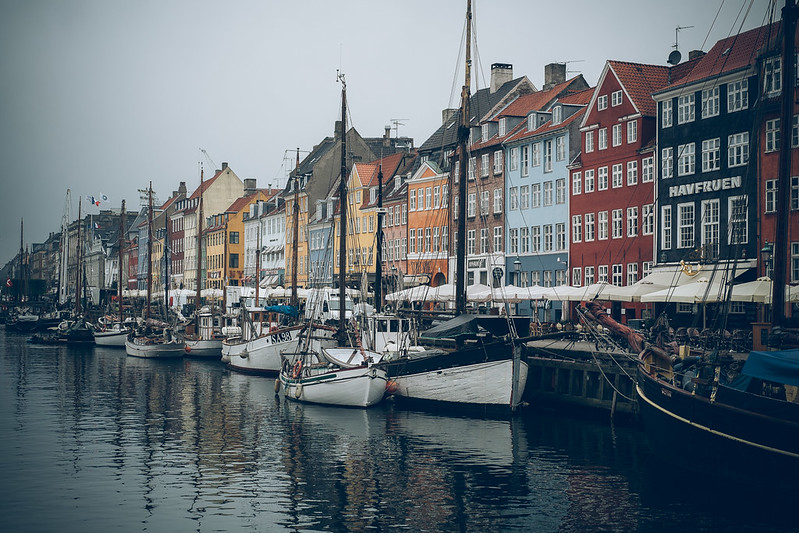 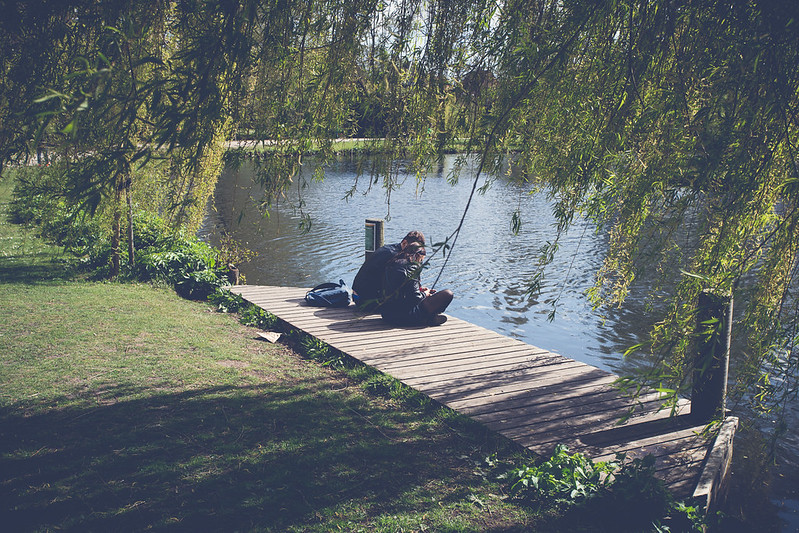 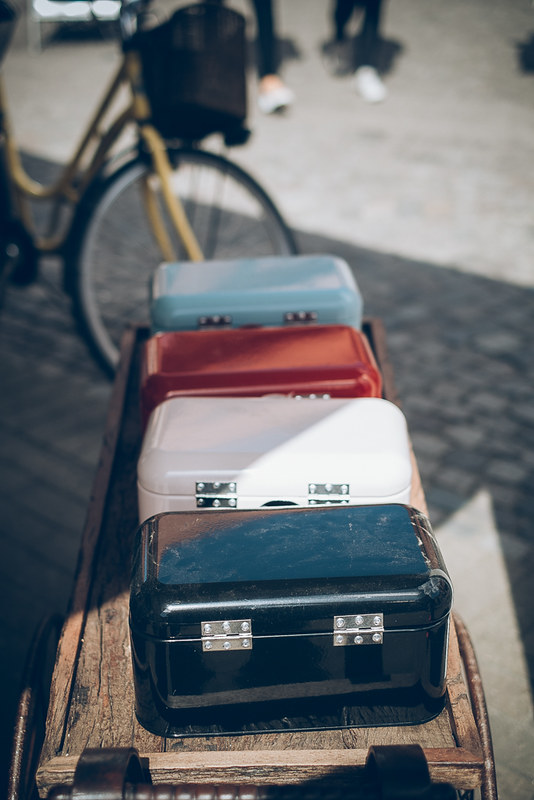