Despite its awful cover, I loved their album Puzzle, back in 2007, and I always wanted to see them live, but I never had the chance to photograph them, one time I was in Italy, another one I just didn't get the pass, so it has been in the list of band that I want to photograph from a long while. But this time I was lucky, I was in Dublin and I got the photo pass. I kinda knew it that they are a great band live, many other people told me, and I couldn't agree more. Yes, they become much popular, and yes their last album it's definetely more pop than the previous ones, and again yes, the crowd was full of kids screaming like if they are running for their lives while a huge dog or a not very gentle dragon is trying to kill them, but still they are an amazing band to see live. Plus the stage has a not usual shape, with ramps on the sides, with microphones on it, and in general for a second I thought they wanted to bring a ghospel choir on stage as there were at least 5/6 extra microphones, but not, he (Simon Neil) just run like hell along the stage.
For a photographer probably the last point could be the only problem you can have at this gig, as the lights were amazing, the stage was full of lights with a giant tree in the middle, maybe the drummer was a bit hidden behind his drum, but for such venue with a very high stage (I think is about 1.80/1.90 metres height), to be fair is never easy to get the drummer. So as I was saying, catch Simon Neil it might not be an easy job, as the only moment he is still is when he sings, otherwise he run on stage every single second he can, and that's good from one side 'cause he gives us (the photographers) a lot of variety of shots and angles, but on the other hands it means that we have to run as well, and run in the pit is not that easy.
But, again, apart from that, it is a great show to photograph, and it's really difficult to not come back home with a least one great shot, plus add the fact that despite they are quite a big band nowadays, there were no contract to sign, which is a nice thing.
Down here you can find some of the best pictures I took that night, but if you want to see the full set, just click here. 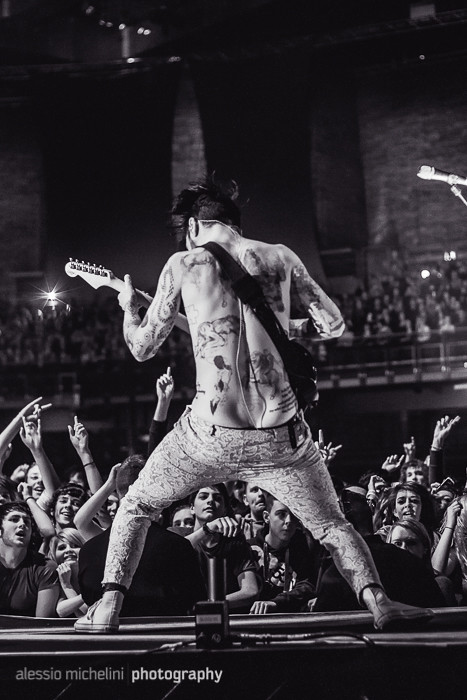 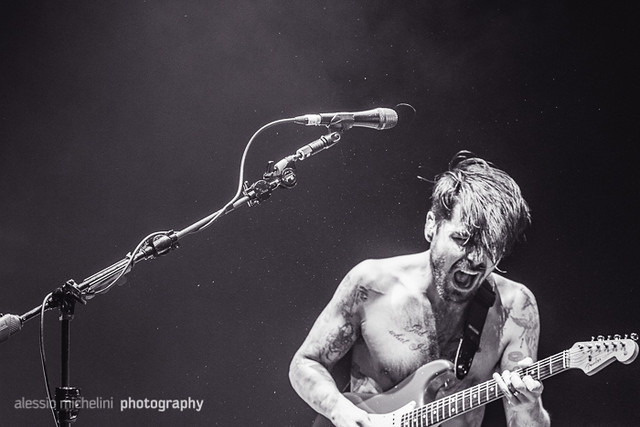 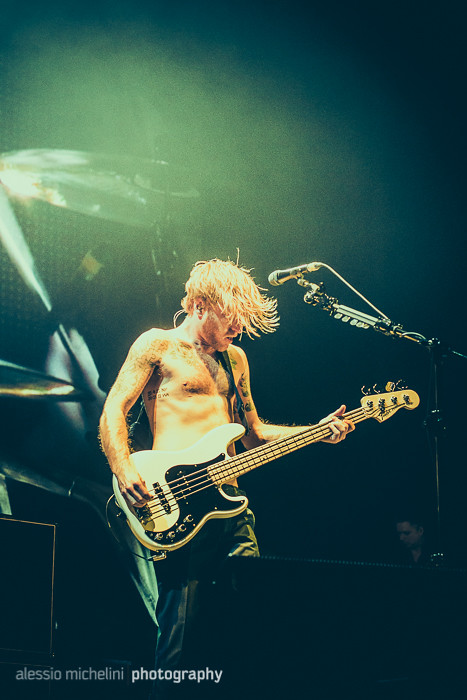 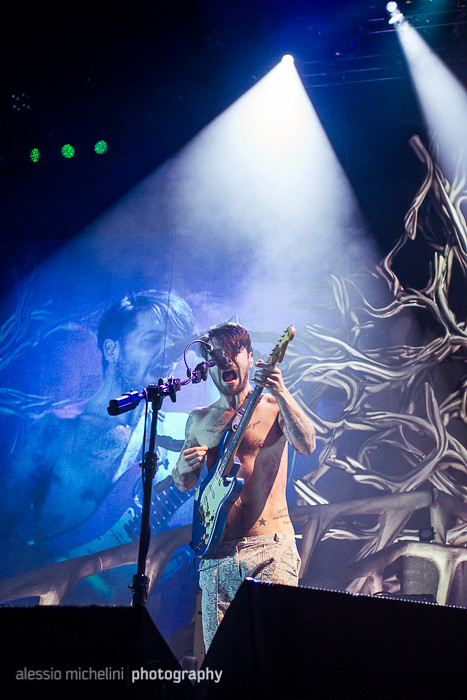 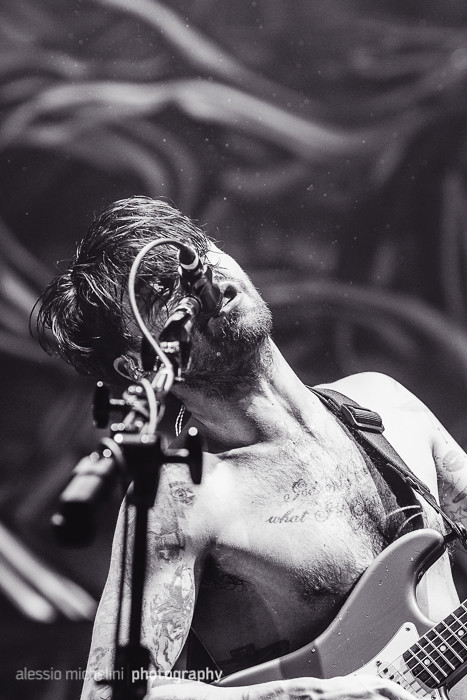