This scottish trio is one of the bands that will never delude you, one of those you already know is going to make a great show right from the moment you buy the tickets, even if don't like them that much, even if you think their last album is terrible (and I'm not one of them), even if you think they became too popular, you know it's a band to see. And even this time they didn't disappoint their fans, as they have done another great show in the Royal Hospital Kilmainham.
And as you can easily get from my previous statements, as a photographer is pure pleausure to photograph Biffy Clyro, even if it's a big stage and it's not as easy to get a clear shot without including a part of the stage or a speaker, and despite here in Ireland you have sunlight until 10.30 in the evening in July, it's still a great band to photograph.
Lightwise was similar to their supporter band, where the sunlight is the key light, and I was confortably shooting at ISO 400, something that doesn't happen frequently, and it definitely never happens in a indoor gig. Because the sun started to be lower down on the horizon we got a very warm light, and the stage lights were a little bit more presents on the scene, even if not that significant as they supposed to be.
Simon Neil in the past was a bit more complicated to photograph due to a bigger stage, and this time was a bit more constricted on the stage, but he still moves a lot, but at least this time I didn't have to run like Speedy Gonzales in the pit.
So, great band to see and photograph, and down here I've posted some of the best photos I took that day, while here you can find the full set. 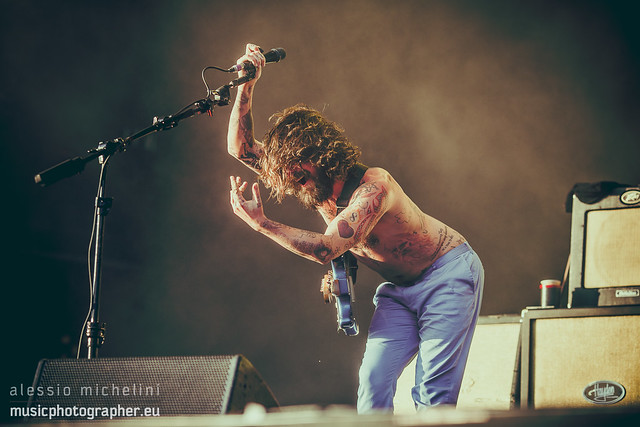 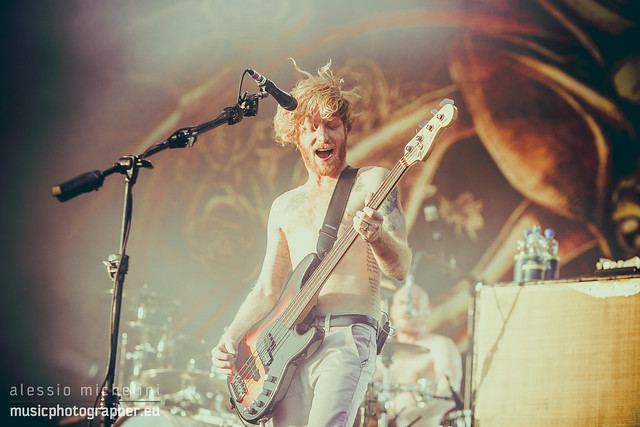 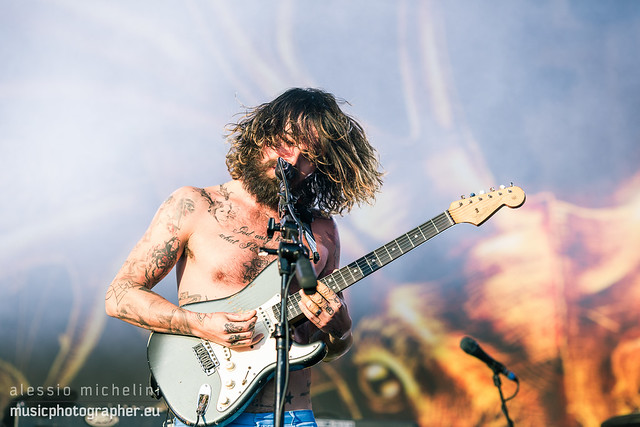 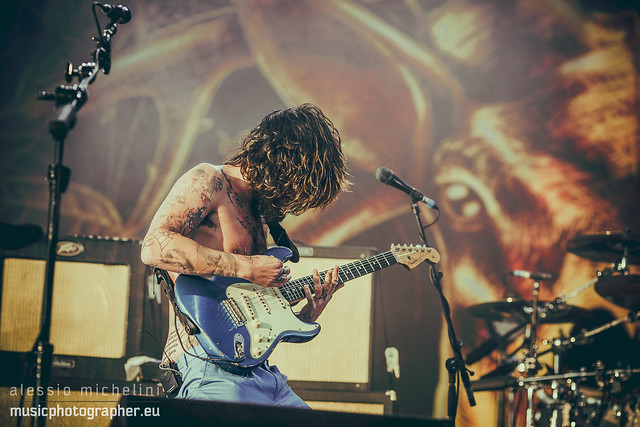 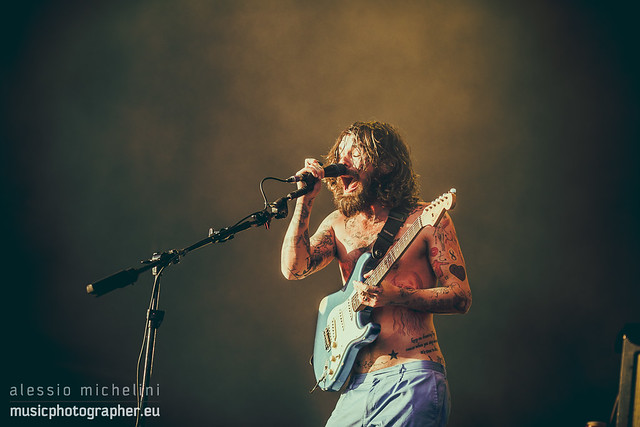 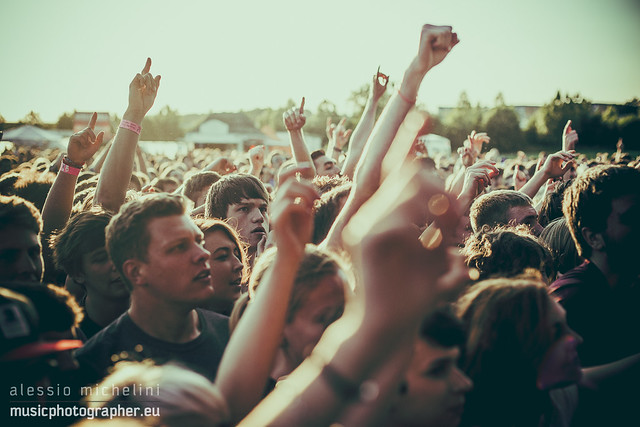 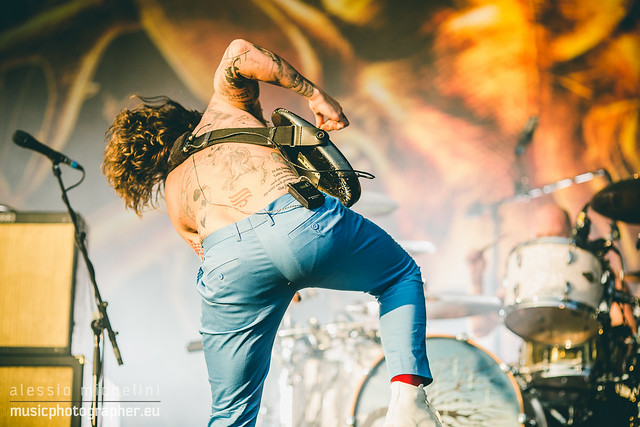 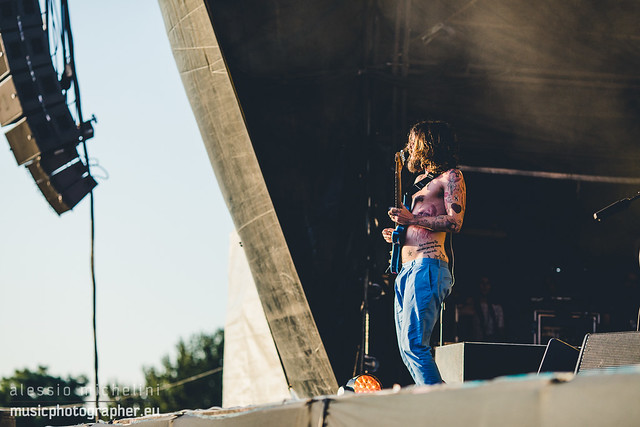 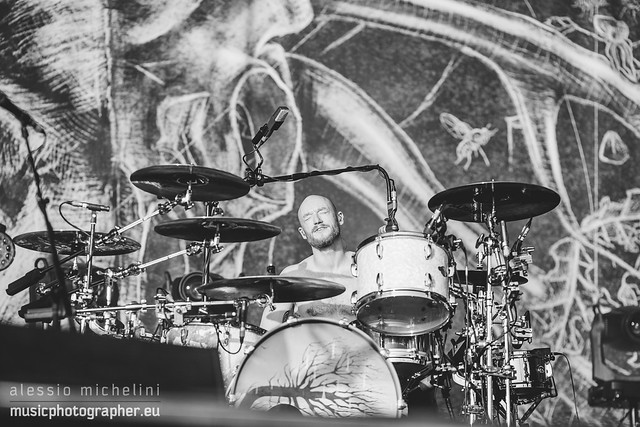 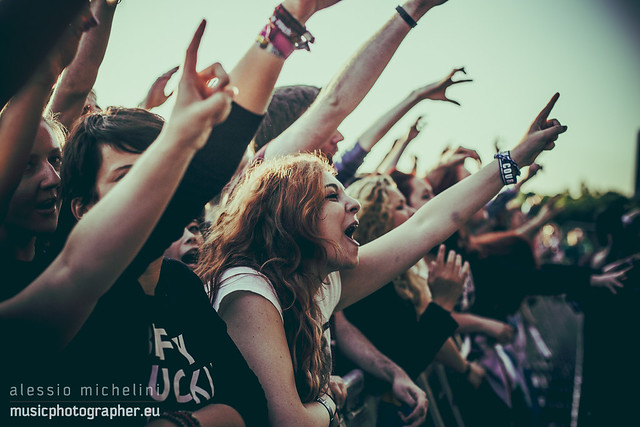 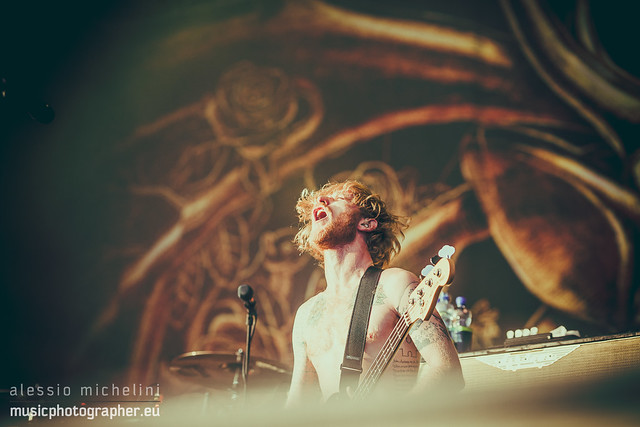 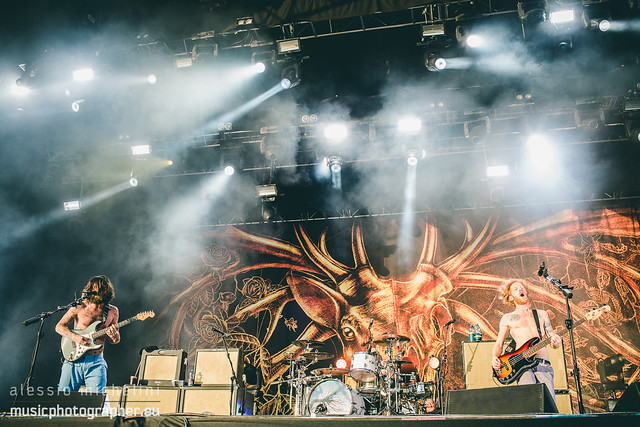 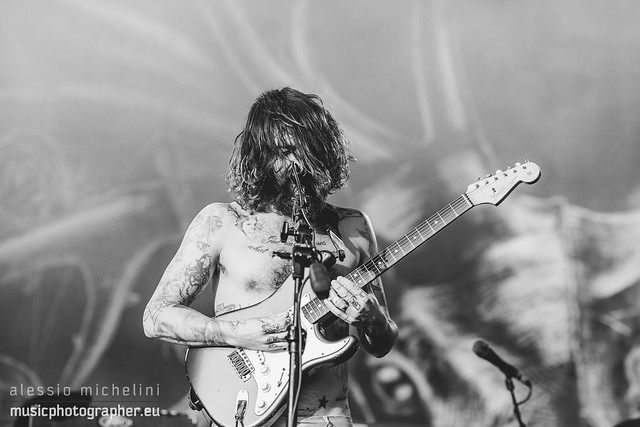