I was looking forward for this gig, not because I’m a fan of the band, but simply because it was my first gig after a few months (after Biffy Clyro back in Julyto be exact) of break from music photography.
To be clear I didn’t take this break because of my decision, but simply because my collaboration with one of the promoter I’ve been working in the past years has been ended for very, very silly reasons, but to be honest I didn’t miss that much the pit, actually I was able to concentrate more on other things, like my photo project “Commute”, and after a gig like this one it did reinforce this conviction.
As I said I’m not a big fan of this band, and to be honest in the three songs I was in the pit, I wasn’t entirely sure if they were speaking in english or they were trying to imitate an english version of Sigur Rós’s language, a few moments they sounded to me like a cat with a big stomachache, but apart from the lyrics, the band weren’t that bad. In fact what was bad were the lights. For the first two songs you can sum the performance with: red lights - completely dark - red lights - dark - strobes with red lights - dark - red lights - strobes - repeat. 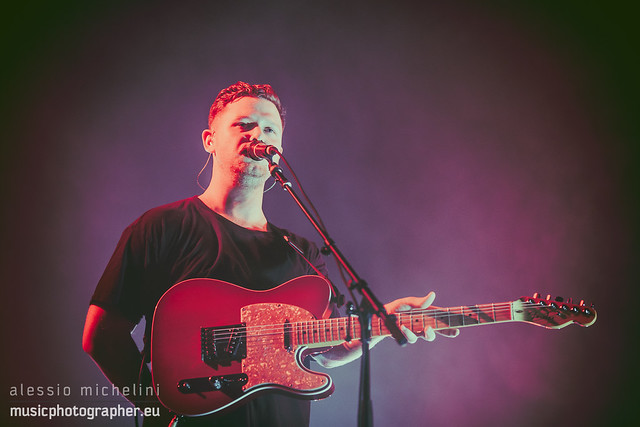 I felt like I was in a big venue with the lights of a very small venue, not sure if their intent was to save money on electricity or someone forgot to plug in some of the lights, or maybe someone from the band had some sort of problems with brighter lights. I don’t know why they did that, but if their intent was to piss off all the photographers, they definitely accomplished to their goal.
Things got better on the last songs we were allowed to stay in the pit, but just slightly better.
Also the pit was filled with huge speakers which eroded vital space for use and made our job a bit more difficult than usual, but on the other side the drummer was on the same line of the other band members and not back where drummers usually sits, which was good as generally due to a very high stage it's kinda tricky to photograph drummers in the 3Arena (formerly called the O2 Arena).
But despite that, I manage to bring home some decent shots, even if I had to delete a good 90% of the shots I took, and they definitely reminded me why I spent all that money for a full frame camera, why I always shoot in RAW format, and why I spent more money on fast lenses.
Anyway, down here you can find some of the best shots I took, while on my flickr account I have the full set, but if you want to read the review of the gig with definitely a different point of view, you can read this great article by James Hendicott on The Thin Air. 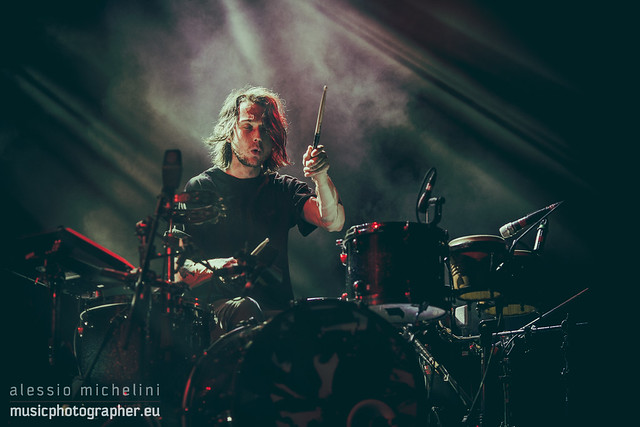 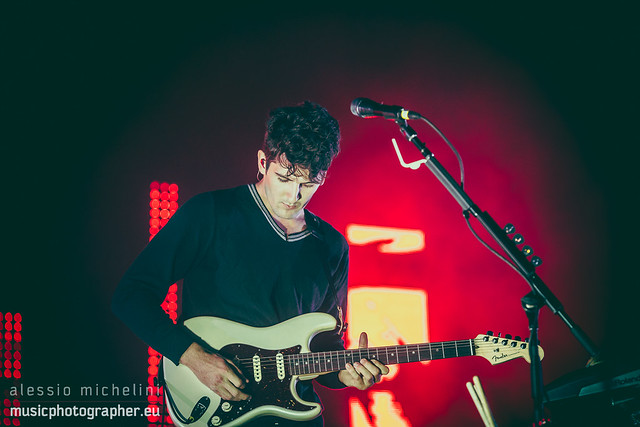 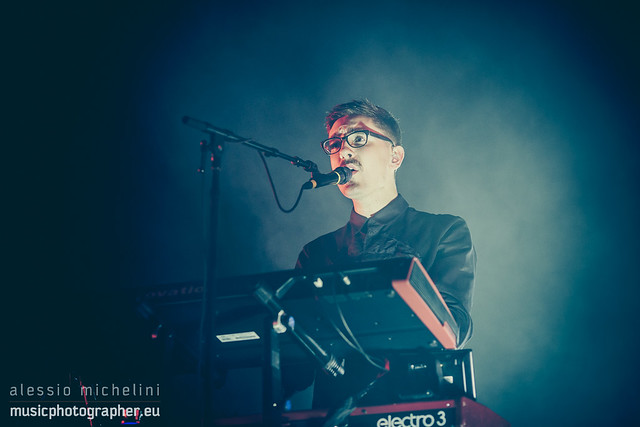 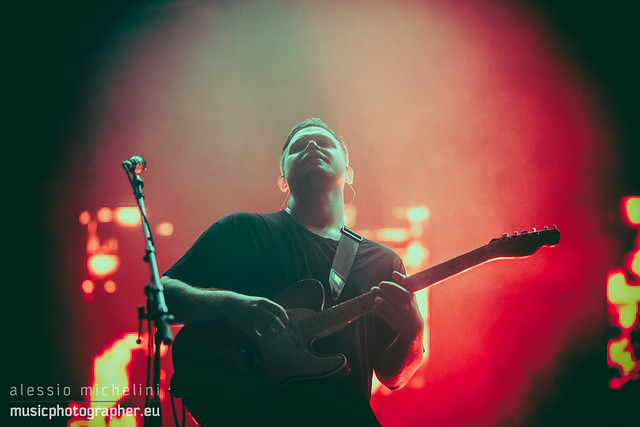 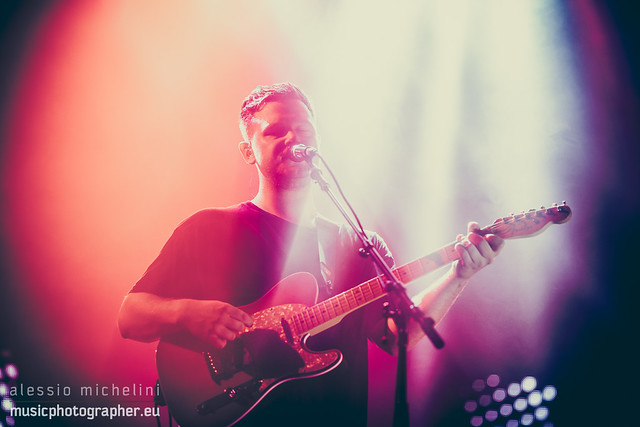 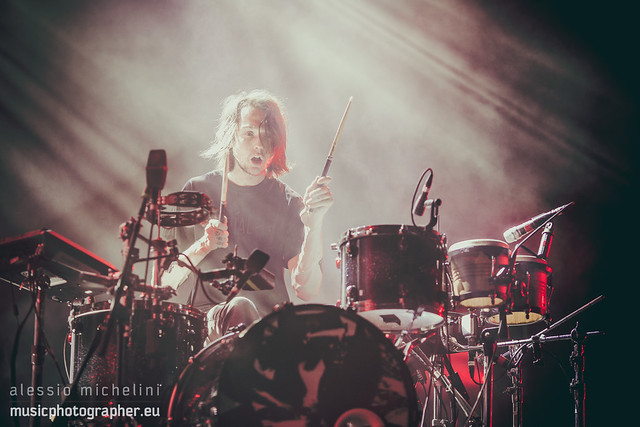 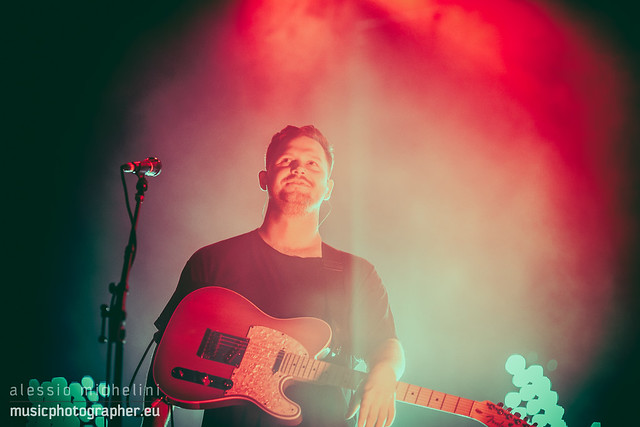 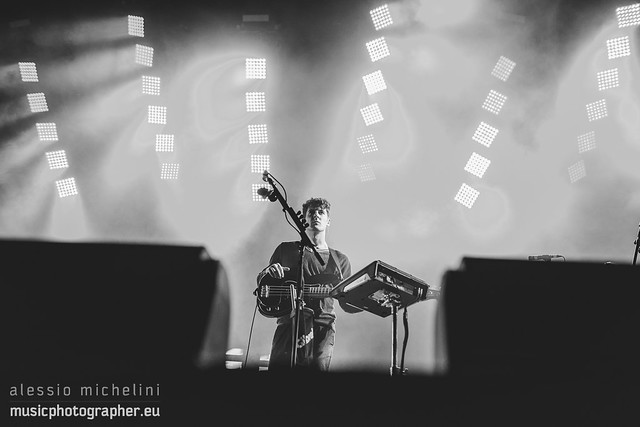 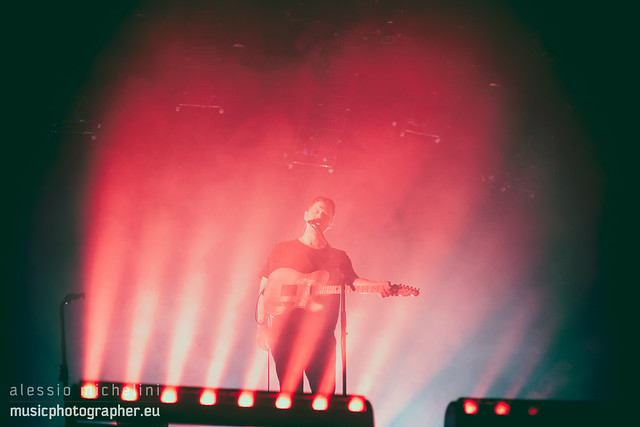 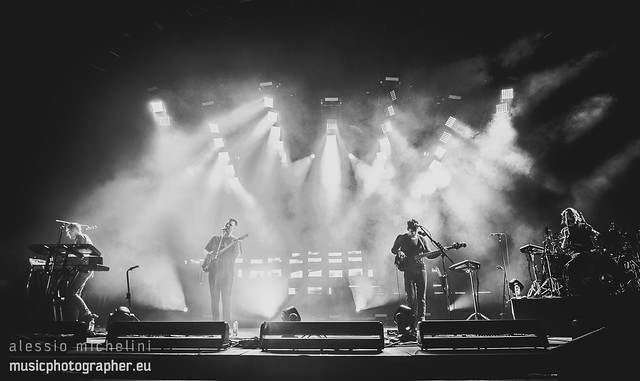