I could possibly copy and paste most of the text I wrote for Fall Out Boy, as the two bands share a lot of similarities, and once again the formula (pop-rock bands = loads of lights) is confirmed. What is different maybe is the attitude of the band, with All Time Low the fact that these bands sometimes are mostly like a bag of chips, a product to sell to a specific range of customers AKA fans, even if these subjects think, in my opinion, that they are "alternative", they do as a can of Pepsi is alternative to one of Coke.
Anyway, that's the show business and I'm not here to talk about the (lack of) ethic.
So, as a photographer it was a really good show to photograph, possibly they had even more lights of Fall Out Boy, as at some point I could shoot at f/2.5 and 1/1000 of a second as an example, which is pretty bright in my opinion, and I think a few times I set the shutter speed at even faster speeds, like 1/1600, and this doesn't happen often at gigs.
But even if the numbers of four stars photos (where 2 stars is decent, 3 is good, 4 is extremely good and 5 is perfect, but I probably give 5 stars to my pictures once a year) were more than the Fall Out Boy, I still think the other gig was better in some way.
Anyway, All Time Low are a very good band to photograph and if you can take the chance to snap them, even if you don't like their music, but if you are 25 yo or older like me, unless you are a priest, be prepare to feel extremely old compared to average age of the audience, which is around 12 yo, and a good 95% were girls, which can scream way louder than the band.
So, down here some of the best photos I took that night, but as always you can find the full set on my flickr account.
Thanks for reading. 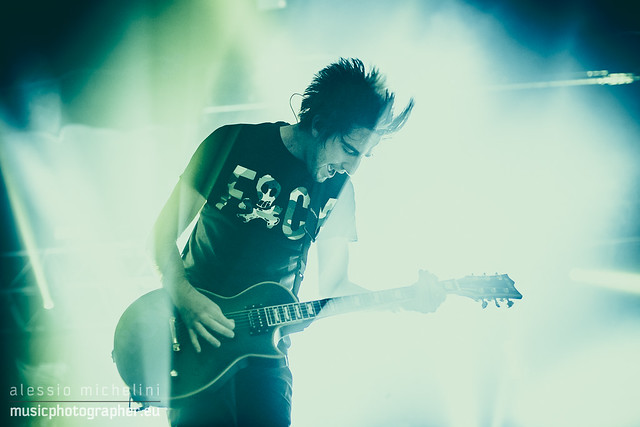 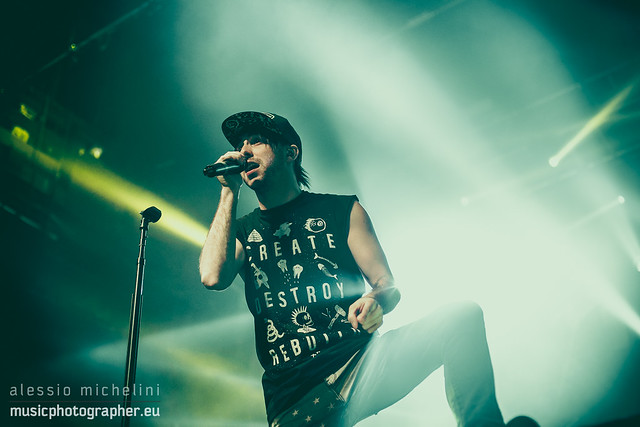 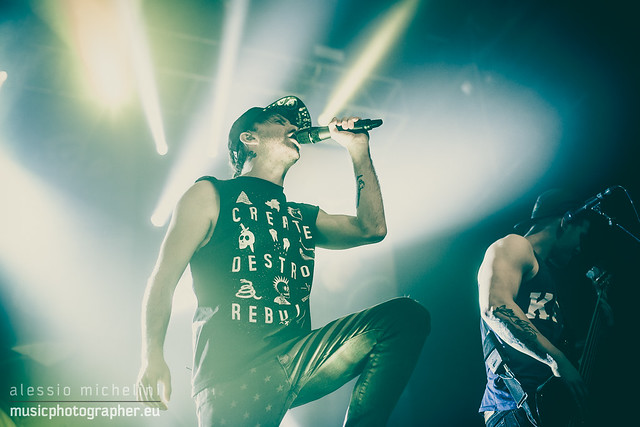 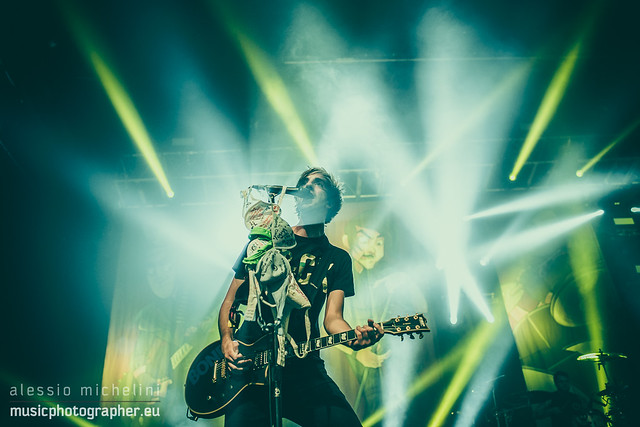 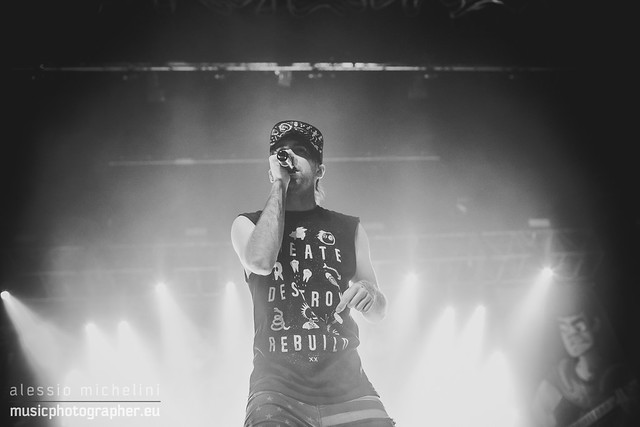 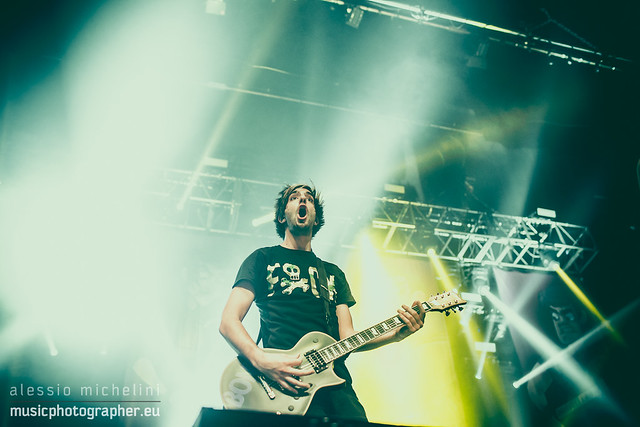 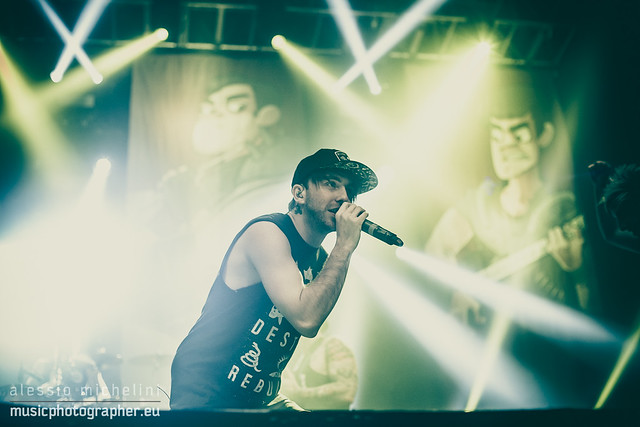 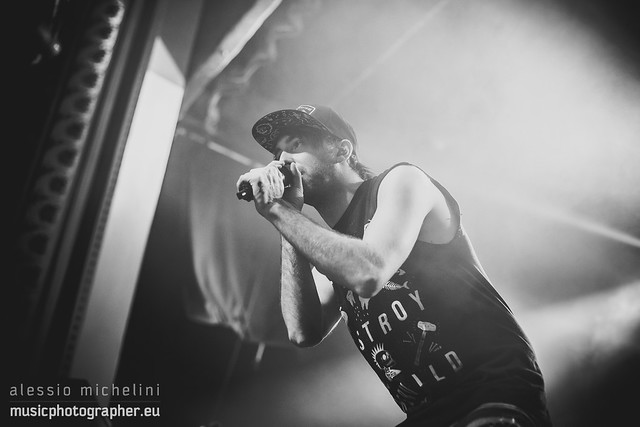 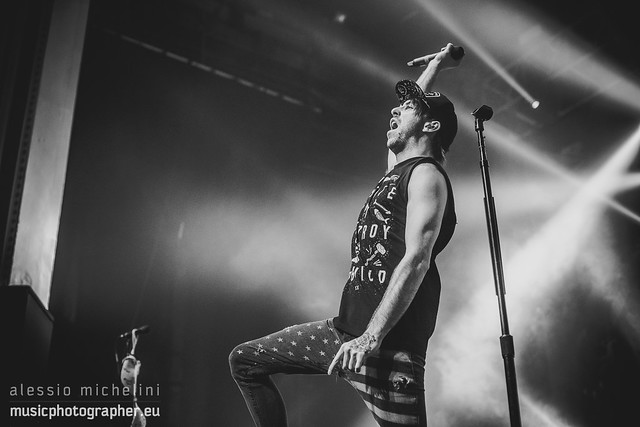 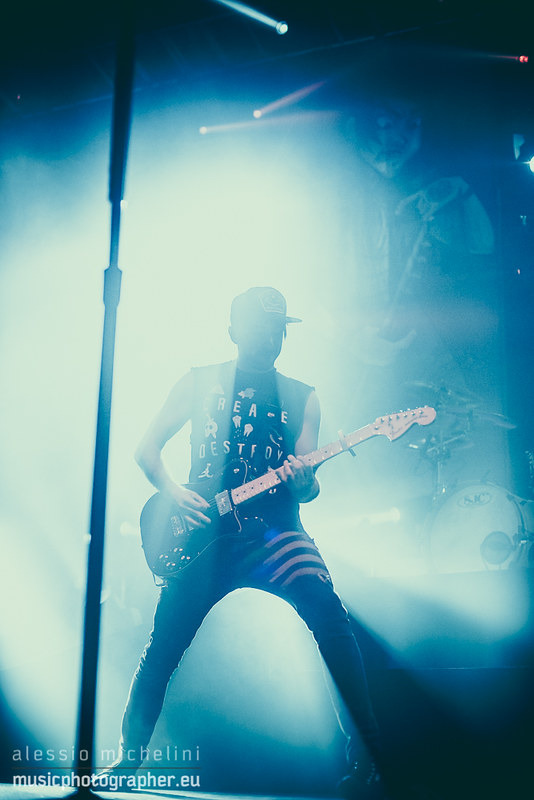 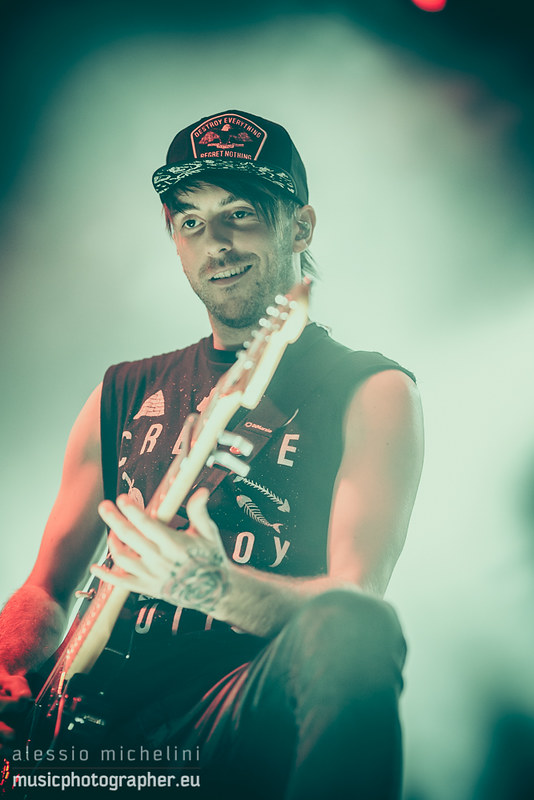