Yeah, I know, where have I been in the past 10 days? Well as an excuse I can say that I had to work like hell, but in fact I've been a bit lazy with the blog. Sometimes I post like a squirrel under caffeine, sometime I'm more like a lazy bear.
Anyway, as I refused to shoot any major festivals here in Ireland (apart the one day at the Longitude) and with the festivals season there is nothing much to see in town, so this month I went to only one gig. The band was Alkaline Trio, a band that I knew only because they were in a soundtrack of a video game I played a while ago.
I have to say that I generally don't like punk-rock, at all. Maybe I'm too old for it (but I never really like it, even when I was too young for it), maybe I don't understand it, say whatever you want to say dear punk-rock friends, but I don't like it. And to be fair I went to this gig more because I thought it was good to photograph, that's it. So I'm not going to give my opinion on this band, the maximum I can say it's the word "grand" in the very irish meaning.
But maybe lights were good, no? Well, unfortunately they were grand as well, not terrible like Mark Laneghan or Godspeed You! Black Emperor (which they mark my very low point of bad gigs to photograph), but definitely not good.
The band itself didn't bring their lights, which is understanable as they come from the states, and if you have to across the ocean, unless you are very rich, you bring just the essential. But I know that lights could be better in that venue, but they didn't want to use them all, that's it.
And the band it's not that dynamic, in the three songs I was in the pit (which I had to say it was a pretty short time), I didn't see too much movement on stage, or at least not as much I would expect from a punk-rock band.
At least this time they didn't turn the stage into a London in the Victorian Era, which is something that a photographer should appreciate sometimes.
Anyway, these are some of the "best" shots I took that night, I hope you like them, because I don't. 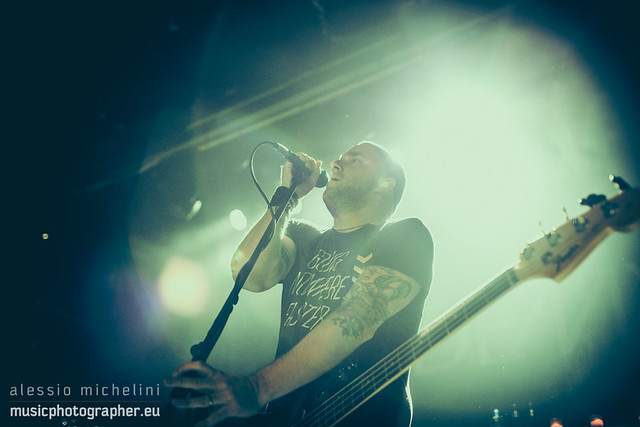 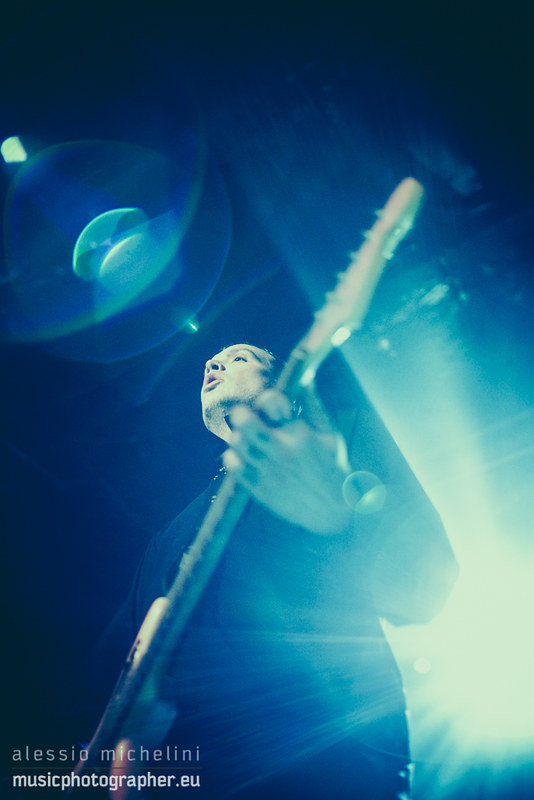 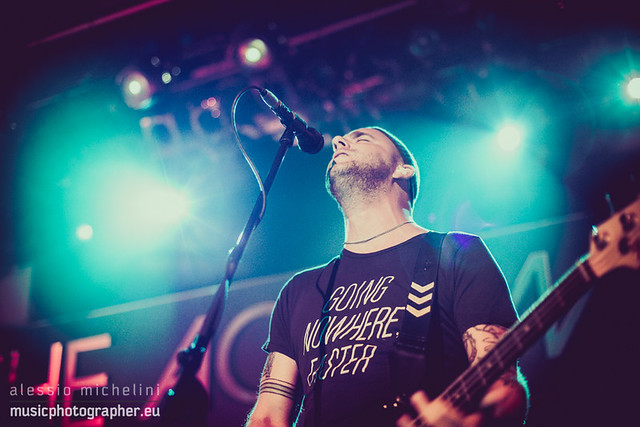 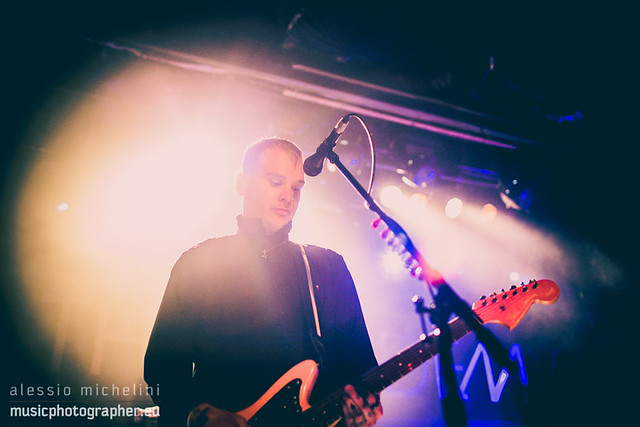 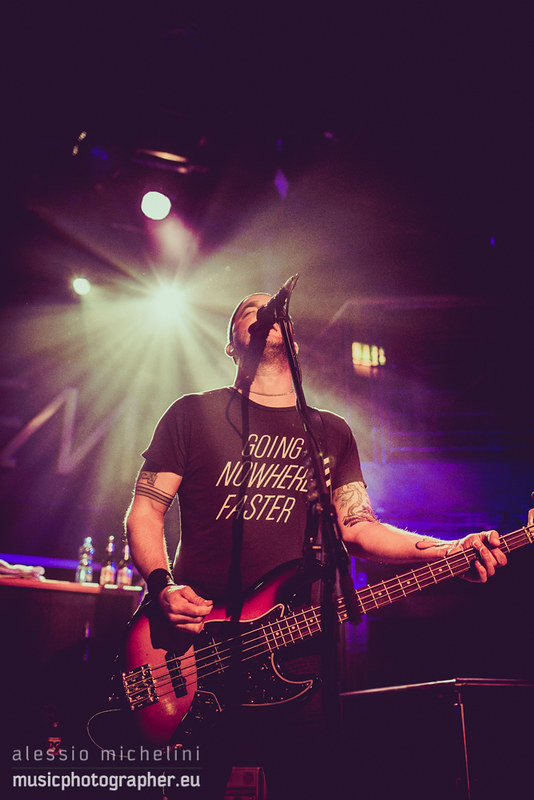 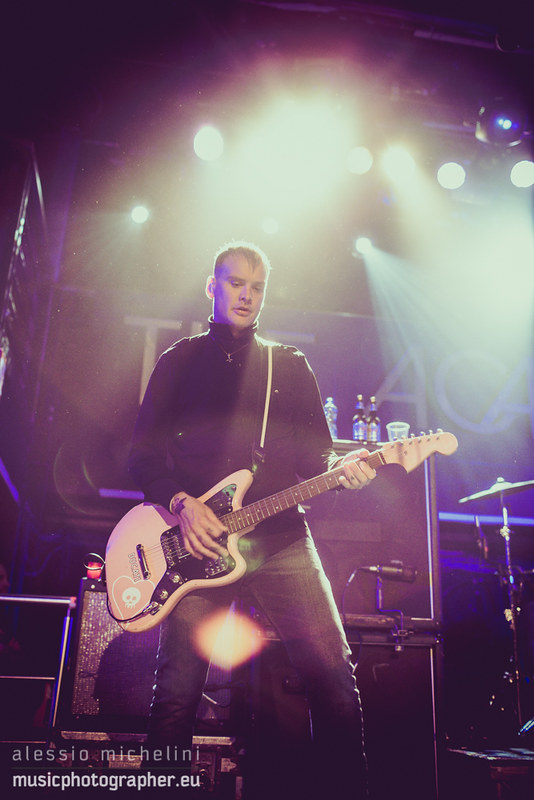 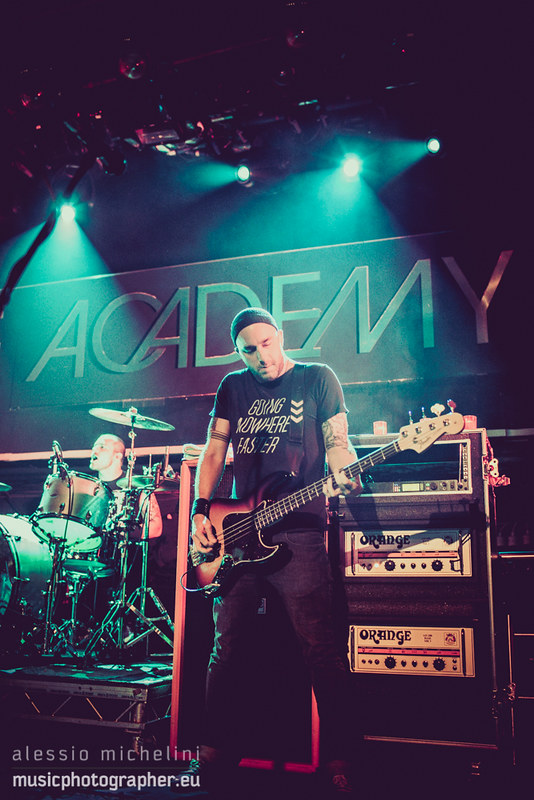 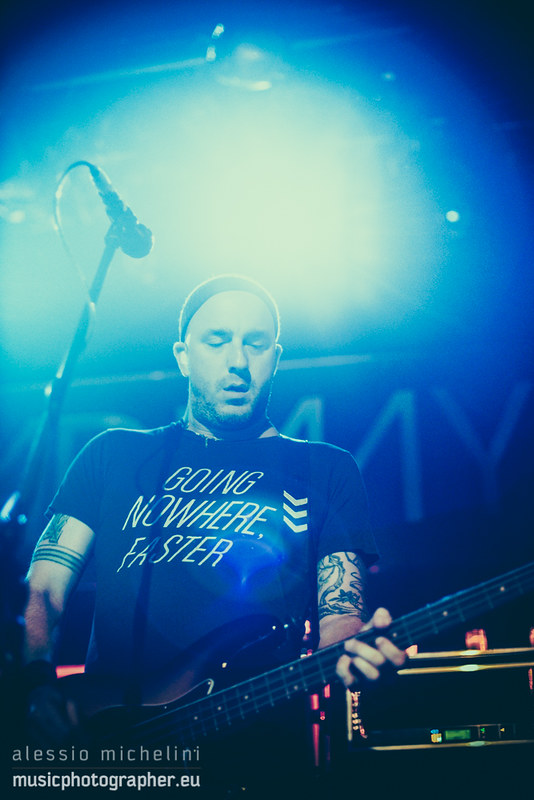