That's a band I wanted to see from a long while, I missed their previous shows in Ireland for a reason or another, but this time I could miss them again. Airbourne are the only band that makes me appreciate Hard Rock again, and even if some of you are already thinking that they are an AC/DC's rip off, they are not. They are like the young AC/DC that my generation had never the chance to see. And let me tell you, even if you don't like their music, that's a show you must see.
This band on stage is pure energy and rock'n'roll, a type of bands you hardly see on stage nowadays, one of those bands you have to photograph if you are a music photographer, fuck off big arena gigs, that's a gig to see!
Thankfully the band brought plenty of lights with them, and even if the Academy could be tough to photograph most of the times, this wasn't the case. Actually, lights weren't a problem at all, the only problem was to predict what Joel O'Keeffe was about to do next, he can run continuously on the stage, or he can climb the speakers till he reach to ceiling, or he can jump on you in any moment. But that's rock'n'roll kids.
As expected I took a billion of pictures (well, maybe I'm a bit
exaggerating, but I took way more than my usual, as I broke the wall of 1000 photos, and in case you don't remember, in only 3 songs), and it was really, really hard to pick the best ones, and I end up with 52 good shots. I tried to be as picky as possible, but I couldn't leave any of these photos out.
Anyway, down here you can find some of the best of the best photos, but you can also click here to see the full set on my flickr account. 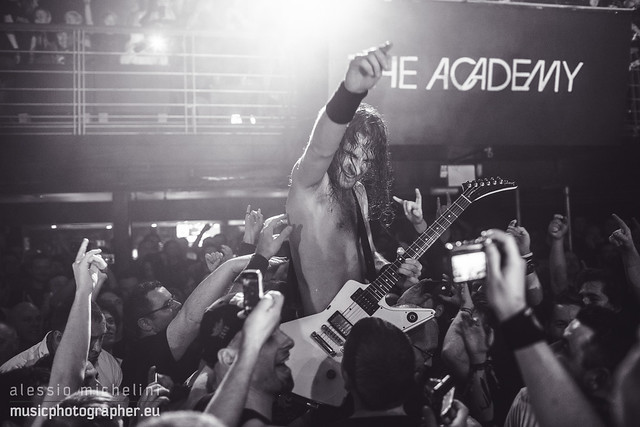 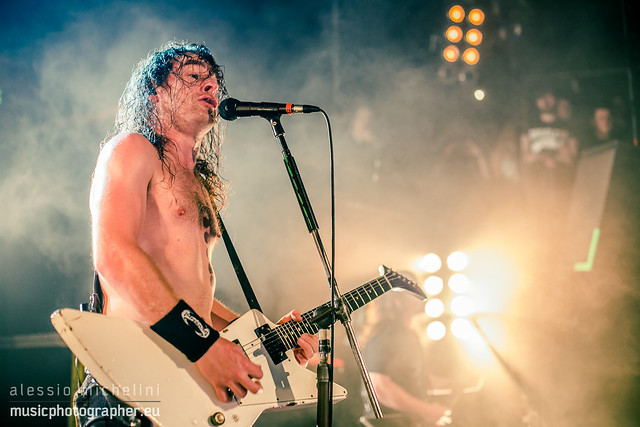 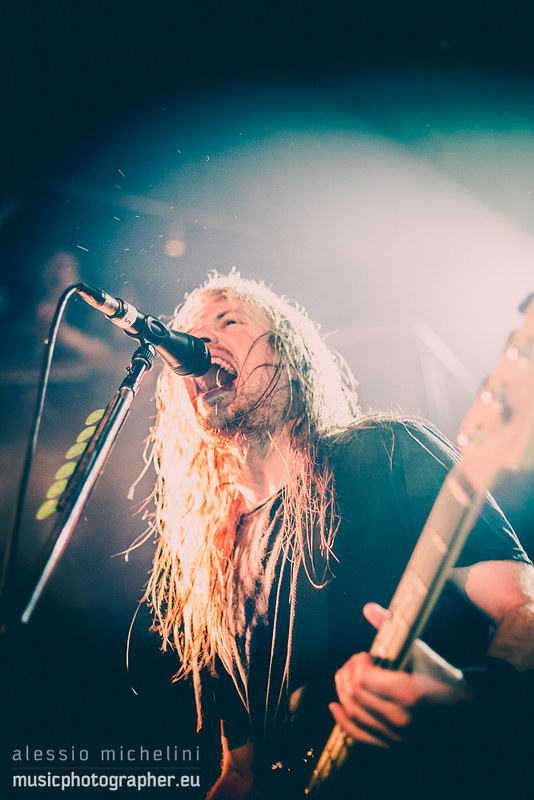 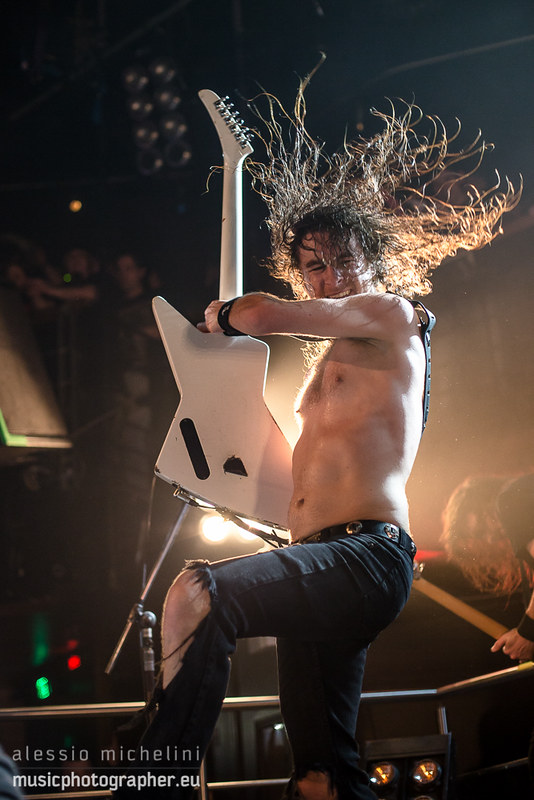 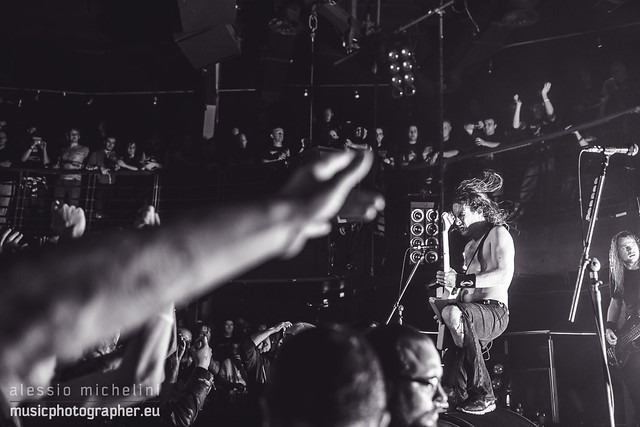 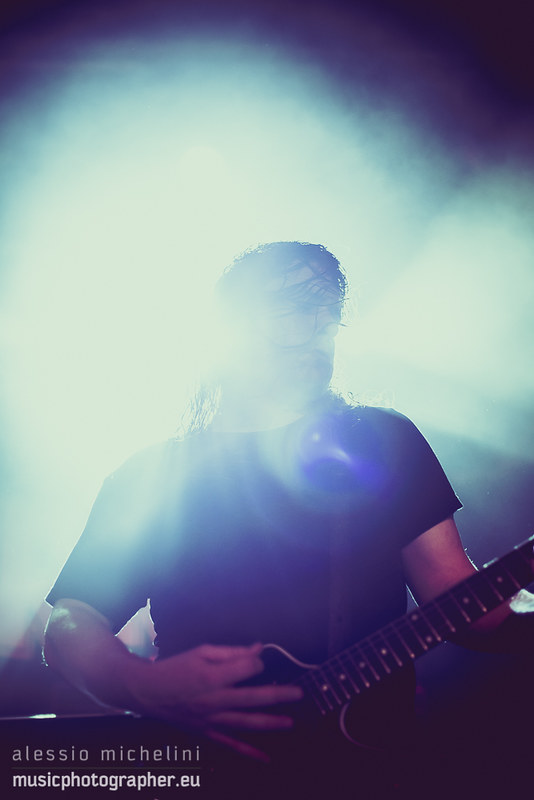 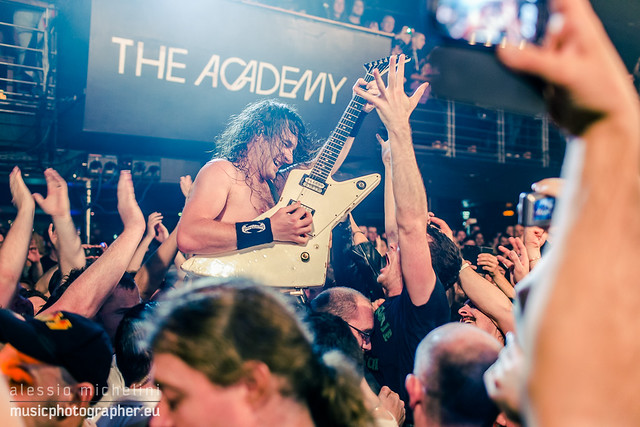 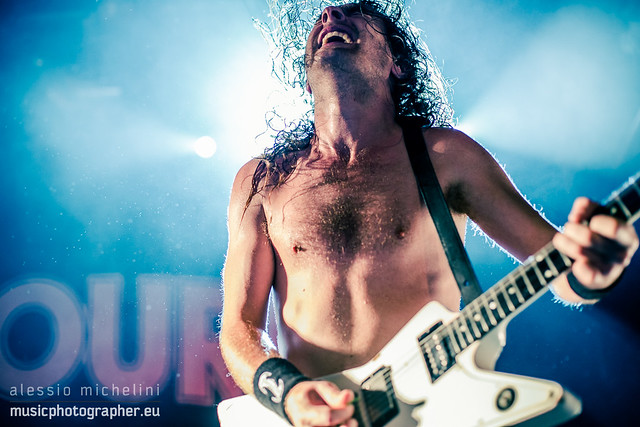 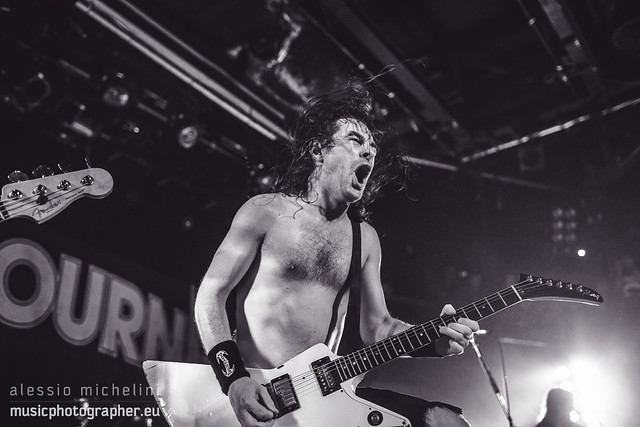 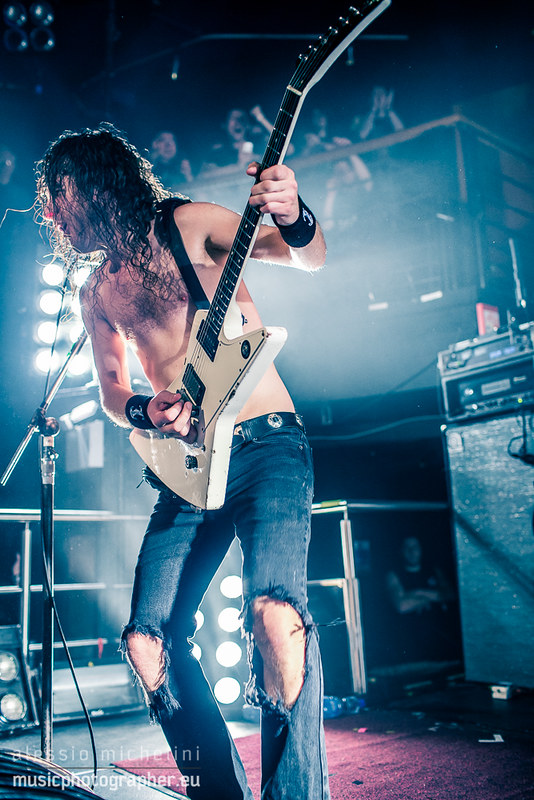