I generally skip big concerts nowdays, 90% of the times they have ridiculous requests, where you have to sign down some outrageous photo releases where you give all your photos away and you can't even put it on your personal blog, while they can do whatever they fancy, and maybe you have to shoot from the sound desk or from just one specific point in the pit because the "artist" (or the diva I should say) doesn't want any photographer in front of him/she.
So most of the times I don't care about those gigs. But this time was different: AC/DC! Who whouldn't like to photograph AC/DC? One of the biggest hard rock bands of all time!
Plus, there are no photo release to sign, you shoot from the pit, and it was 100 meters away from where I live! How I could not ask for a photo pass?
Now, if you think that Angus Young is 60, Brian Johnson is 67, Cliff Williams 65 and Chris Slade is 68, and the youngest is Stevie Young (who replaced Malcom Young) which is 58 yo, you would think that they are just going to be the ghost of the band who used to be, or a softer version of AC/DC, well you are wrong, damn wrong. They absolutely rock on stage, absolutely brilliant live band, much better than many of band who had half or one third of their age.
Angus young still run from one site to the other of the stage, and it looks like this band didn't age much in the past 40 years, unlike the rest of the universe.
Simply a great band to see, period.

Now, keeping the fan inside me on a side, I have to be more pragmatic as a photographer, but to be honest the only bad thing I can say about this show, is the fact that the stage was really high, I think around 3 meters high, which is quite a lot, but they had to do that simply to allow everybody to see them, and fans are the first priority, so fair enough.
But unfortunately a so high stage made me impossible to shoot the other band members, and already a couple of friends told me ironically if I shoot only Brian Johnson and Angus Young on purpose, but unfortunately not, they were the only two I could see.
So if you are going to photograph them as well, be aware that you need a long lens, a 70-200mm, even if I'm not a big fan of those lenses, would be ideal in this case.
The lights were great, even if there were still plenty of daylight as here in Ireland in July the sunset is around 10pm, but overall a very good show to photograph, even if limited to the two main guys, and for me it was really hard to publish only the best photos, which are still a lot for my standards, as any shoot I took was at least decent or very good.
And as I said earlier, no copyright grabbing release to sign, and taking the fact that this is one of the greatest live band to photograph, the have all my respect for not asking it, and as a photographer it's just fun, fun, fun.

Anyway, as usual, down here some of the best shots I took that day, while on my flickr account you can find a beefy photo set with all the photos. 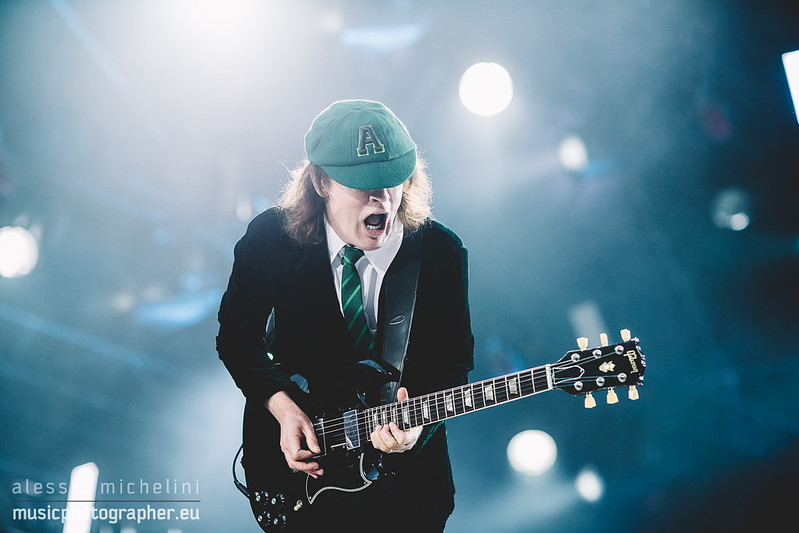 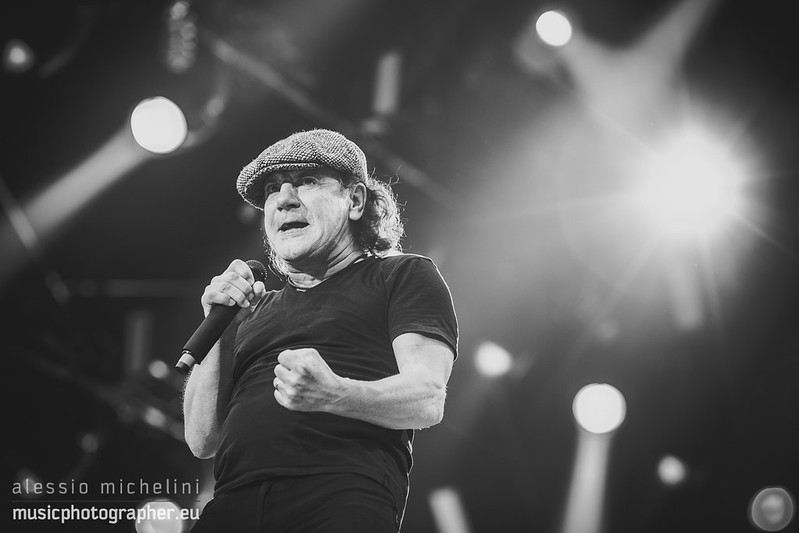 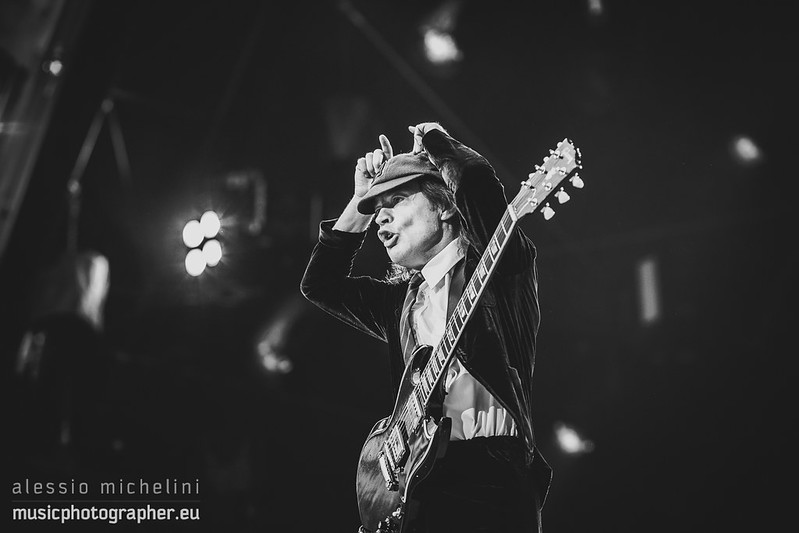 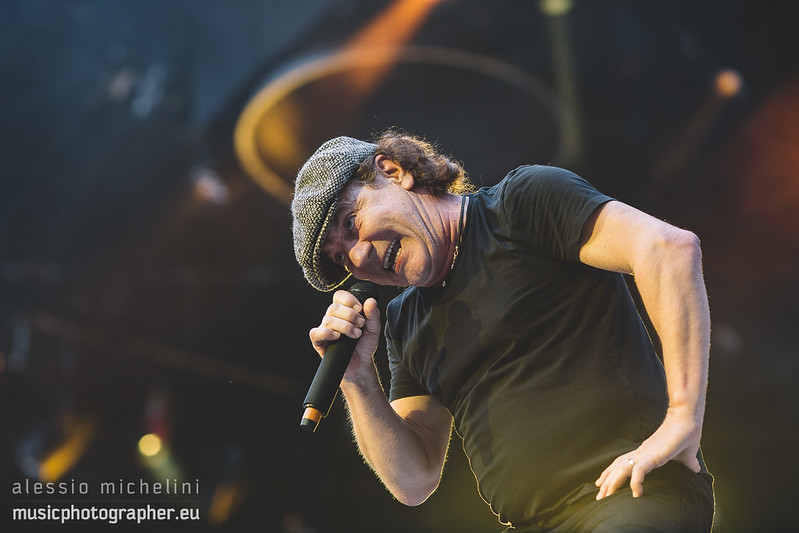 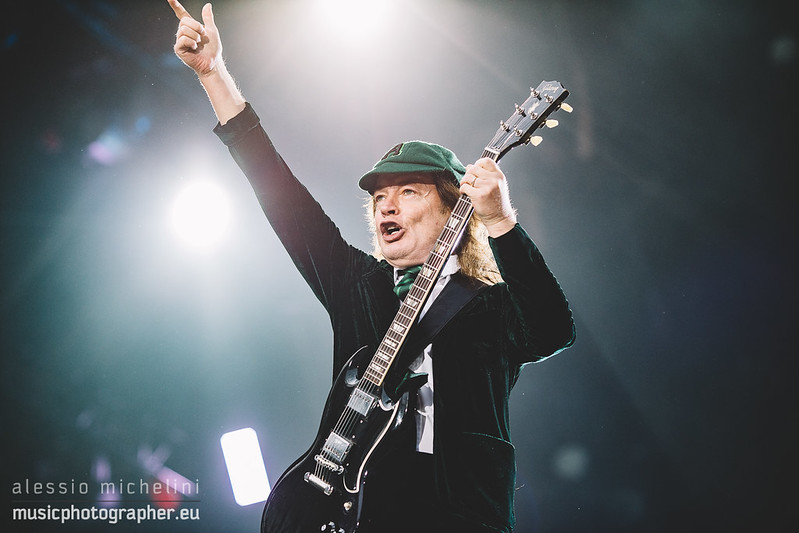 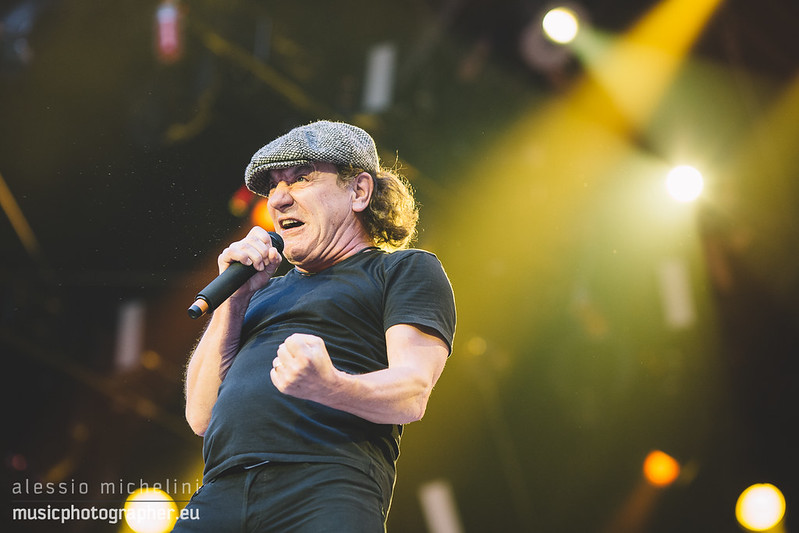 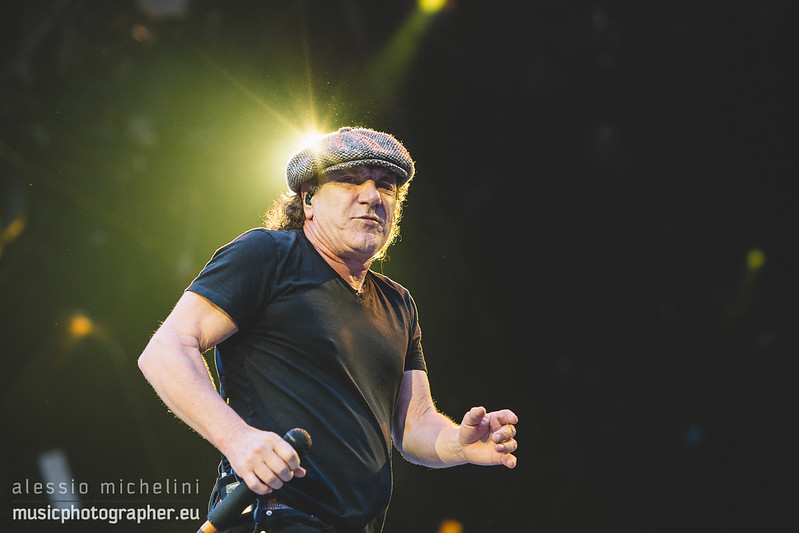 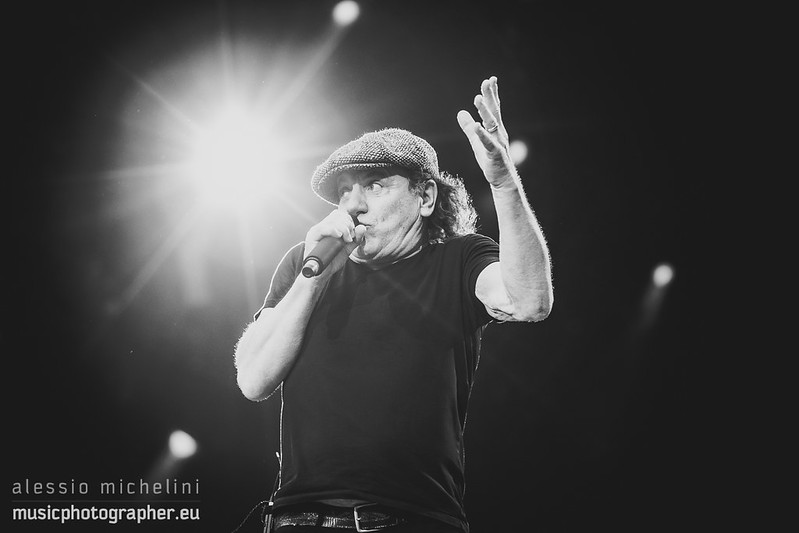 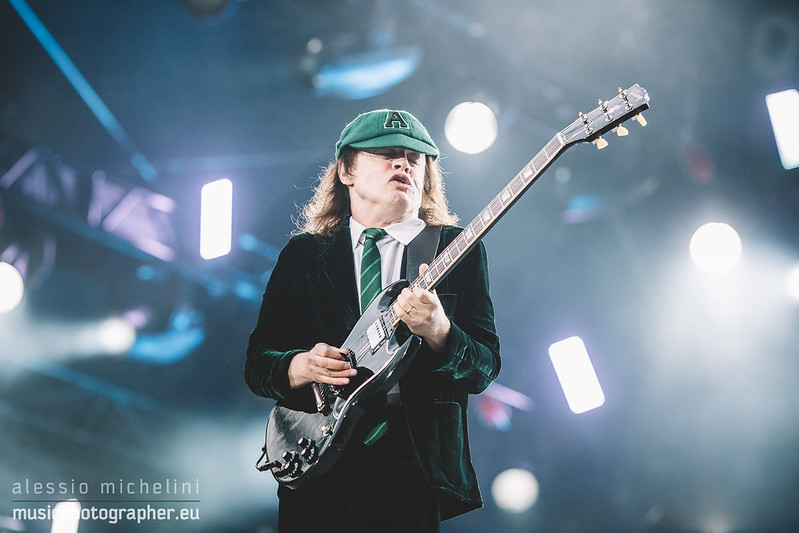 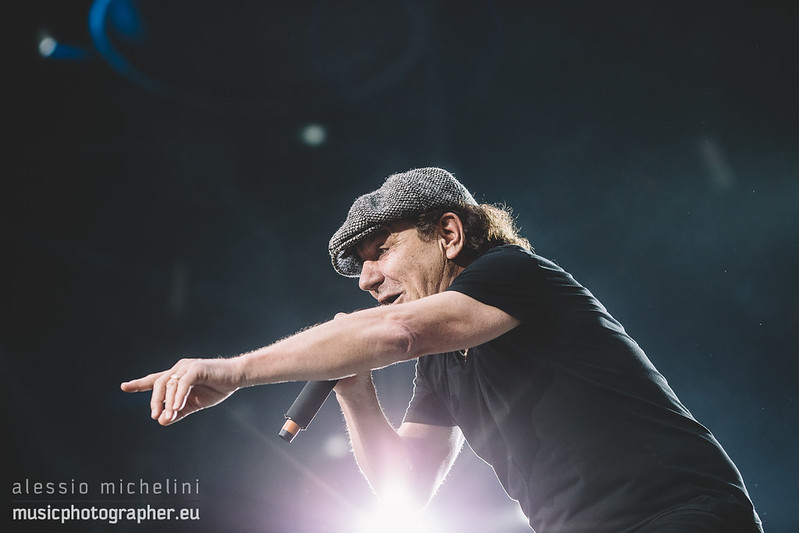 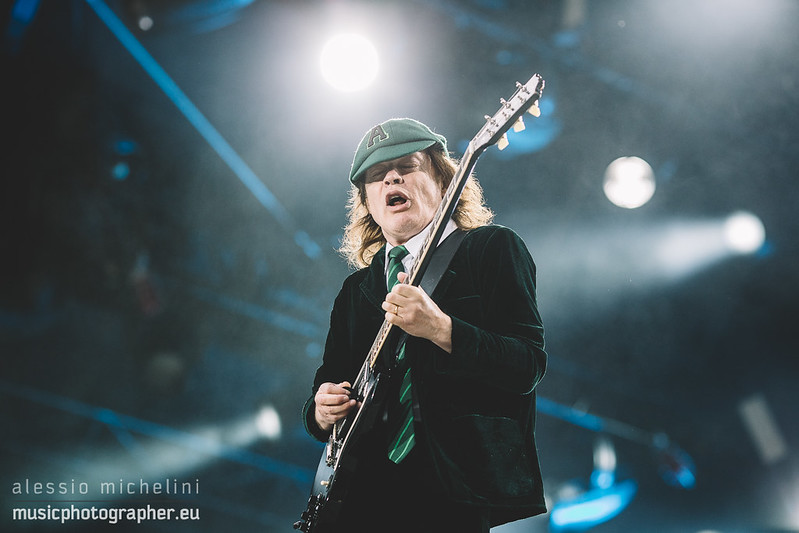 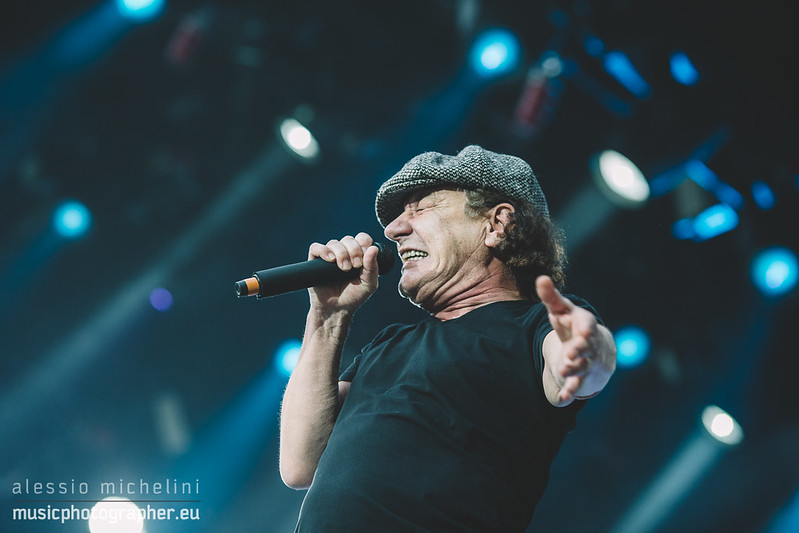 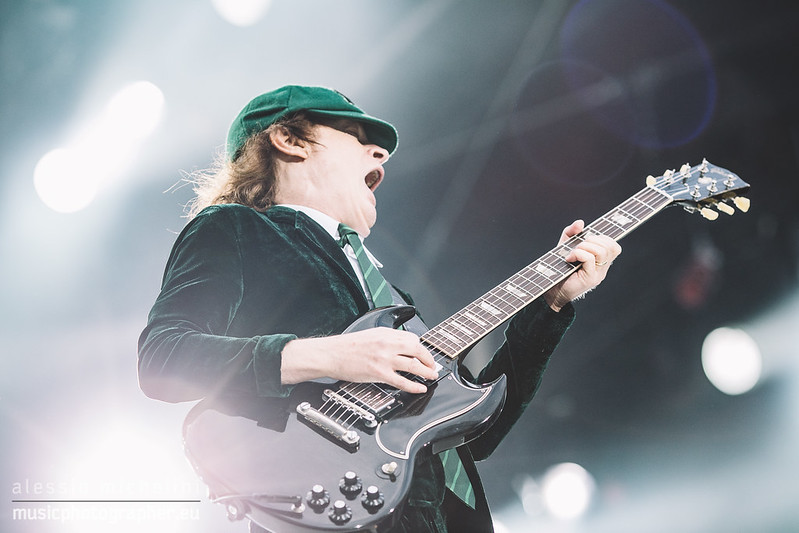 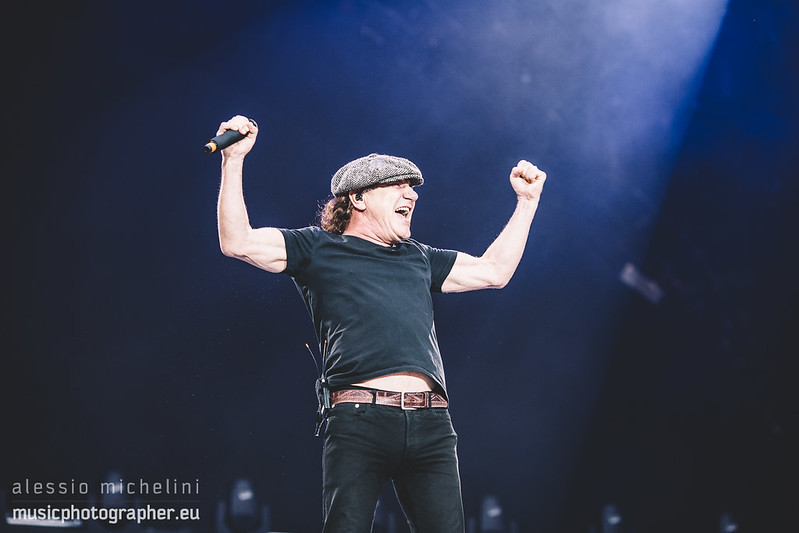 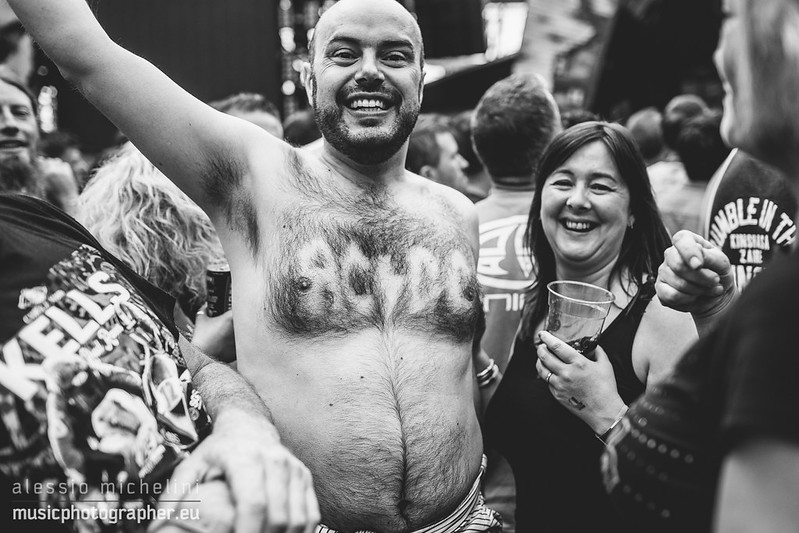