Lets start from the very beginning. In the last three years I've been taking portraits of irish artists who have been nominated for one of the main music awards in Ireland, the (now Meteor) Choice Music Prize. How I managed to do that? Simple: the company where I work does the interviews that every year are shown on the big screen at the night of the event.
It become a sort of tradition, and even if the budget is not huge, it's always fun (and stressy) to do it. So what I've done for the last 3 years, was to take a few pictures of each of the artists before or after they got interview. It sounds easy, it is not.
First problem we have every year, is time. We always try to shoot all the interview in a couple of days, which is not the easiest thing in the world, especially when you have to deal with artists, so you end up to have 5/6 artists in a day, and you hope that everything goes fine. But if you take out the time toï¿½ shoot the interview, and add the very little patience of some artists, at the end the time I have to shoot is more or less 5 minutes. 10 when I'm lucky.
Then most of the times we know which is the venue at the very last minute, or if we know in advance I don't have the time to scout the place, which is fondamental, so some of the shoots are a total disaster for me, as I have to test with the artist in place and I have to hope that everything goes fine.
For that reason I'm going to write about some of these portraits I took in the past, trying to explain how I did it despite my inability to explain things and my pretty poor english.

Anyway, let's start with the first artist, which is Damien Dempsey.

Location
For this shoot we went to what it used to be a chocolate factory in the past, a nice building that it's still under renovation and it's going to be something totally different,ï¿½ but I cannot tell you what (I guess). Anyway, it was a strange place to shoot, but in particular, it was feckin freeezing, as there were no heating. So I could really ask to the artist to stay there for much long.
The room where I shoot was essentially an empty room, quite dirty, with some holes in the floor where we can see through, and some rubbish left from only God knows.

Lighting
For this shoot I wanted to wrap the subject with lights, especially hard lights on the sides, especially to define the edges as I wanted to have the background a bit dark (I roughly say one and half stop darker than the subject), using two speedlites at 1/16 of the power, at about 3 metres from the subject and set at 70mm, to concentrate the light on the subject. As a key light I used a speedlite with an umbrella at 45 degrees on the right side of my camera, which it created a very soft light, set at 24mm and 1/2 of power. 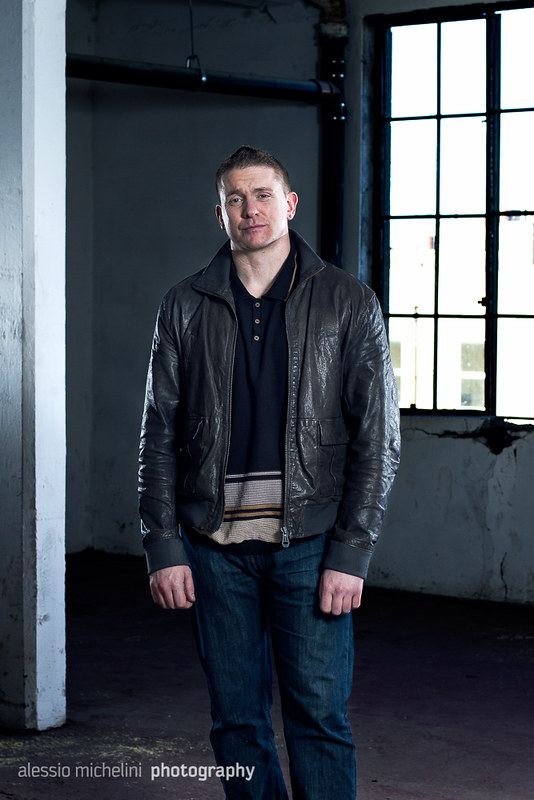 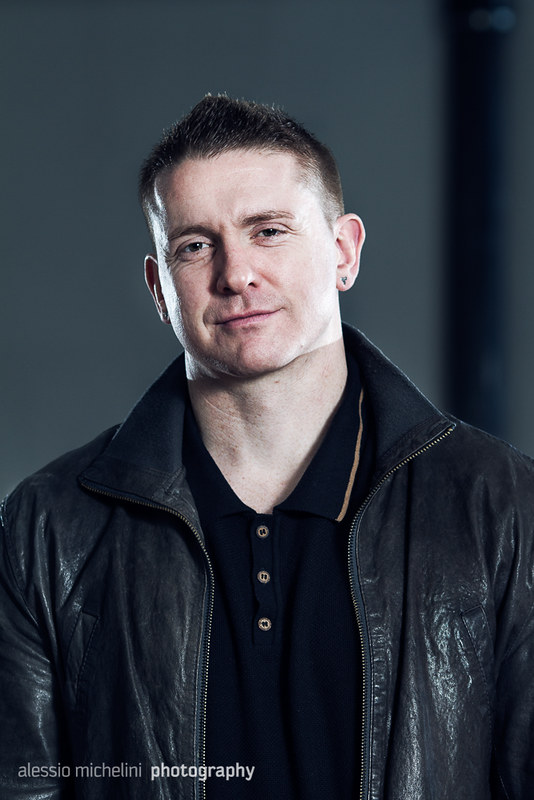 What did I do wrong
Obviously there is always something that goes wrong and you notice only when it's too late. You see that shadow created by the neck of his jacket? It wasn't planned at all. Unfortunately I used my assistant AKA girlfriend as a reference model, but the problem is that between my girlfriend, which is not exactly the tallest woman on earth, and Damien Dempsey, which is not exactly the shortest man in the world, there were about 40 cm of difference, and I didn't really know that Damien Dempsey was that tall, as if you watch the videos anybody can look tall, even Bono looks tall in video, but in real life he is not, at all. But you always learn from your mistakes, so next time I'll take more attention to how far I have to push in height my speedlites.

So I hope you liked this "how I made it in 5 minutes" and I'll be back with another one in the next few days. Obviosly feel free to leave a comment on the box below :-)